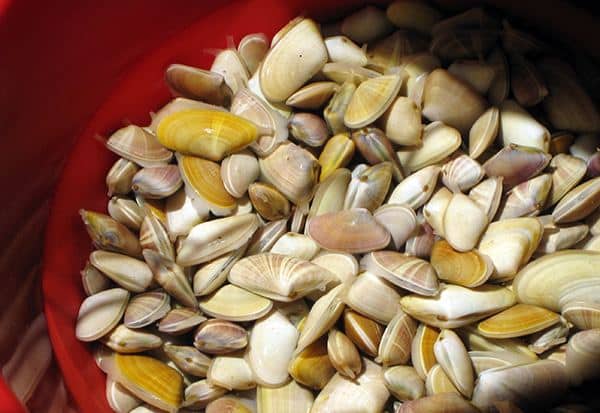 Illegal fishing within the Ria Formosa lagoon is keeping maritime police on their toes. Fishing of all kinds is controlled in Portugal – with everyone obliged to take out licences. But with unemployment running high, many are taking their chances – and bivalve fishing along the Ria Formosa is still seen as a chance worth taking.
This week, Correio da Manhã newspaper ran a report on the increasing number of unemployed people who catch bivalves in the trouble-torn Ria.
Technically, bivalve fishing should be out of bounds because of new government laws, but as we reported at the beginning of December, very few fishermen have been taking any notice of them, and restaurants and other outlets have been buying up bivalves and selling them on.
Illegal bivalve fishing can net fishermen up to €50 a day, writes Correio da Manhã.
A swoop by maritime police on Monday netted “quite a lot of fishing equipment”, although the 20 or so fishermen involved got away.
“There are an increasing number of people who have no other form of income and who dedicate themselves to this activity,” Olhão ports captain Conceição Duarte told the newspaper. Many of these are “middle class or from higher classes” and even include “teachers and biologists”, he said.
Conceição Duarte added that his team of five agents, a quad-bike and a boat would be out in force for the forseeable future, as “the majority of shellfishermen on Ria Formosa are not licensed”.
In the summer, the Algarve Resident was on the Ria and witnessed the number of illegal fishermen, busy catching ‘lingueirão’ (razor fish clams) with homemade devices. Camaraderie on the Ria is high, with pleasure boats warning fishermen if they know police are in the area.

Ohão fishermen met this week to launch a petition to send to Parliament calling for an immediate suspension of the dispatch that outlawed bivalve fishing in large parts of Ria Formosa. The authorities have since lifted many of the ‘prohibited areas’, so that only 20-30% of the Ria remain out of bounds, but fishermen refuse to give up the fight. “If I have learnt anything from this, it is the strength of the people to resolve matters,” Olhão mayor told the press.