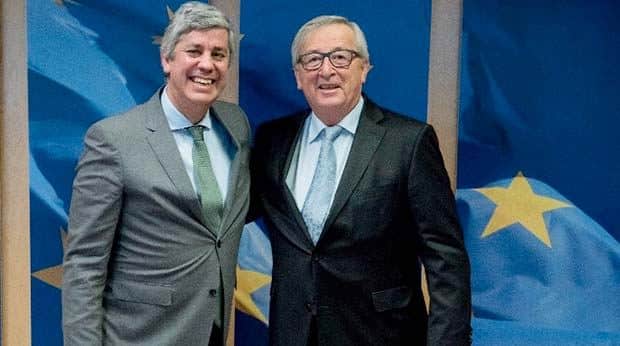 Portugal’s “financial Ronaldo” and finance-minister-who-can-do-no-wrong (yet…) Mário Centeno is today chairing his first meeting as president of the Eurogroup – the claque of Eurozone finance ministers who get together ‘informally’ to discuss issues related to the single currency.

Top of the agenda was forecast to be a decision over whether or not to grant Greece the next tranche of bailout money – something pundits predict “certainly won’t be happening today”.

Other matters have been named as “the next steps towards the deepening of the economic and monetary union”, and post-bailout evaluation of Portugal’s financial position two years on from leaving its adjustment programme.

As President Marcelo Rebelo de Sousa warned when Centeno won the leadership ‘race’ last month, hopes are that he will “never forget that he is finance minister of Portugal”.

The next few weeks however will be tough as the Eurogroup is set to initiate talks on debt relief for Greece and make some very sweeping decisions in this regard.

The Financial Times remarks that “with the rest of the euro area firmly opposed to any outright cut in what Athens owes, the discussions will focus on other measures, such as handing over profits other countries’ central banks have made from operations in Greece and from restructuring earlier bailout loans”.

As for assessment of Portugal’s economic progress, this is expected to sound the now habitual warnings that public expenditure has to remain under tight control if structural adjustment is to remain on track.