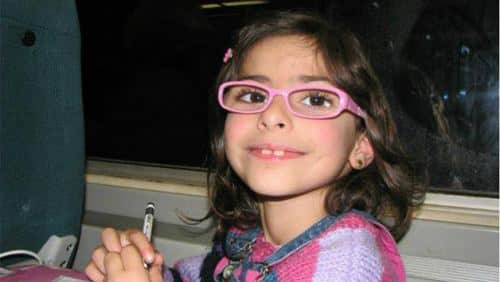 Kidnap || As details emerge of the two years that little Maria Alice was held captive in a Belgian attic by her father and grandmother, the nine-year-old’s mother has asked for privacy from press intrusion.
It is just an inkling of the true effects of parental abduction, and one the Portuguese association for missing children (ACPD) has long been stressing.
Speaking to journalists last year, when APCD reported a 50% increase in cases of parental abduction, Patrícia Cipriano, president of the association, touched on the “very serious” consequences for children who have their short periods of infancy effectively hijacked.
“There are children who disappear from the age of 5 to 15 that develop very serious emotional symptoms to these crises” in their lives, she told Público.
“They suffer panic attacks, they sleep badly, even wet their beds until a late age. It is very sad. Essentially, the authorities in Portugal do not clearly understand these phenomena.”
This week in Tavira, a little girl whose life was derailed two years ago, when her father took her from Portugal leaving her mother distraught, is learning that she has the baby brother she always dreamed of, and is at last being allowed to grow her hair.
The face of her mother, despite being delighted that her daughter is back, is etched with concern.
“There is still a very long way to go,” Carla Evangelista has admitted to reporters. “I would like to ask for privacy now, which we need to rediscover and rebuild our family.”
She explained that the task ahead included “recuperating Alice’s real memories, which at this time have been substituted by false ones”.
“My daughter shows herself to be deeply affected by this whole situation.”
One of the shocks to come out is that the little girl, who was only seven when spirited out of Portugal, appears to have been living in hiding ever since.
Her long hair had been cut into the style of a boy – supposedly to put people off the scent – and news reports suggest she had been deprived from any kind of social life with children, including school.
The tragic situation left psychologists in Liège – where Maria Alice was finally discovered last week – wondering if she was even ready to meet her mother.
They need not have worried, writes Correio da Manhã.
“Alice ran into her mother’s arms,” the minute Carla Evangelista was taken to see her. “And there they stayed for almost an hour, talking. The doctors had no doubts that the child could be delivered into the care of her mother,” wrote CM.
In the meantime, Maria Alice’s father Paulo Guiomar is believed to be facing multiple charges, including that of child abduction.
A touching aside to the story shows that one of Alice’s first requests to her mother was to be able to eat “grilled chicken”. She had not apparently been able to do so for two years.
by Natasha Donn