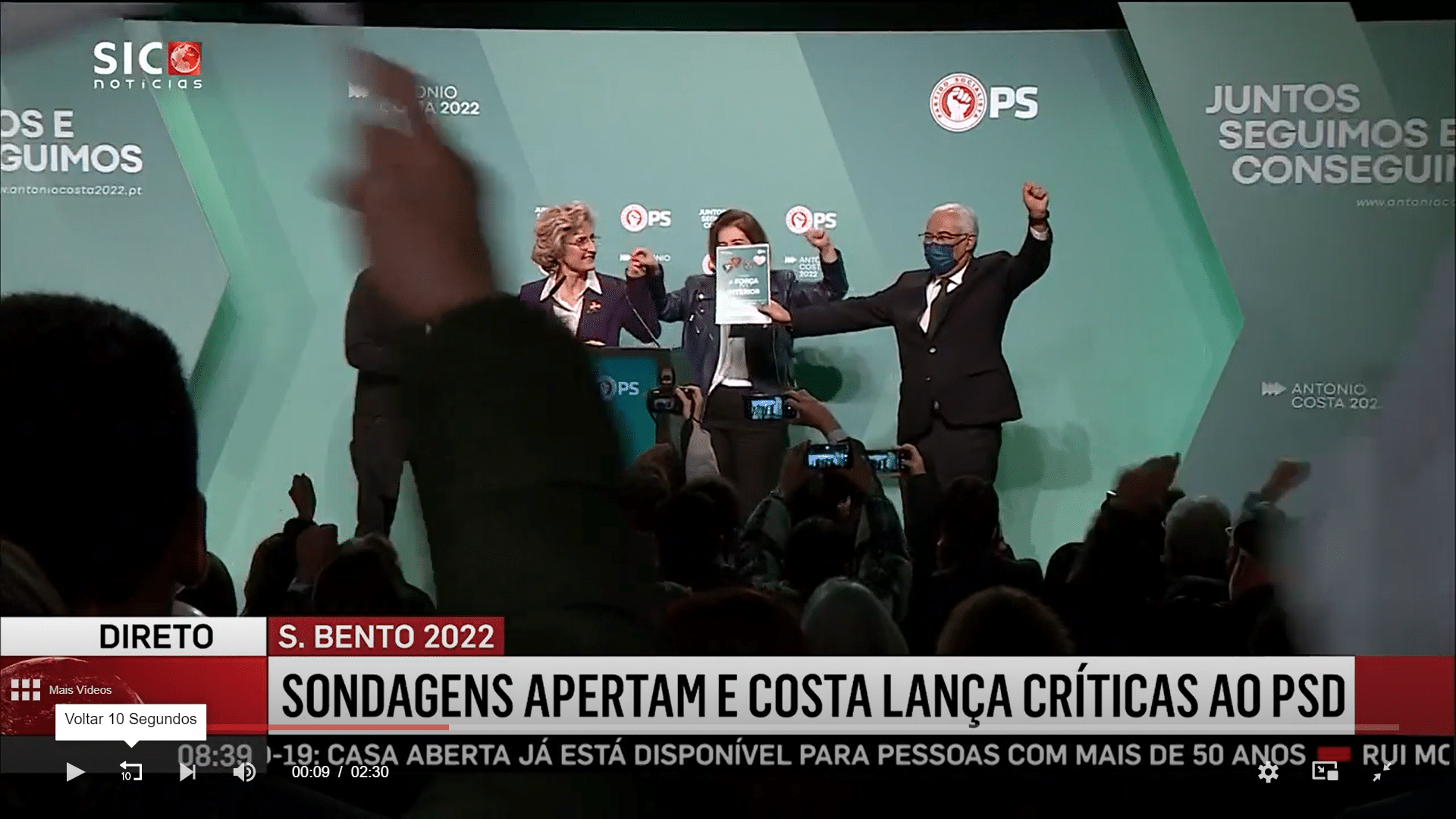 The margin between the two main parties in the race towards polling day is said to be narrowing, with PSD leader Rui Rio saying he believes the centre right have a real shot at victory.

Tensions are running high, and haven’t been helped by the “little Nazi” remark from former Olympic athlete Rosa Mota, referring to Mr Rio.

Rosa Mota was among a group of sporting and cultural personalities who gave their support to António Costa and the PS yesterday. She also accused Rui Rio of “destroying the city of Porto” during his reign as mayor from 2002-2013.

Her criticism was echoed by writer Valter Hugo Mãe who blamed Mr Rio for what he called “the cultural winter” in Porto.

A veteran in his game, Mr Rio has interpreted the insults as “they are starting to get nervous…”

He said it is “not the way to run a campaign”, but he is not going to give the jibes any “importance”.

Nonetheless, he has said he feels everything has been done to try and twist anything he says – perhaps as a ruse for his opponent Mr Costa to discuss any proposals.

“And when he seeks to defend his proposals, it is with the vetoed budget… I don’t know how he will get that through if he wins the elections”, said Mr Rio.

This is one of the salient points of this noisy campaign, winding its way round the country in a blaze of flag waving and fist-thumping: the PS party, if it is returned, means to present the same 2022 draft budget that pleased no one two months ago, and led to where the country is now.

The only way the plan could possibly work is with ‘an absolute majority’ – and yet pollsters and pundits say this is by no means assured.

For now, there is still a week to go. Tomorrow, early voting will see around 300,000 citizens cast their votes (the government has admitted its call for people to take up ‘early voting’ didn’t succeed in many takers).