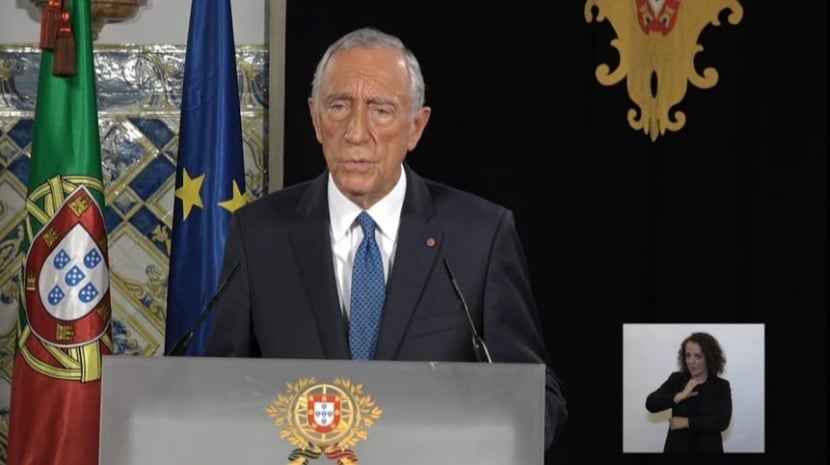 In a speech designed to (try and) unite the country in its gargantuan fight against Covid-19, President Marcelo has warned of a 3rd wave of the virus, forecast to come between January and February.

Addressing the nation during the 8pm news this evening, Marcelo made it abundantly clear that this latest ‘State of Emergency’, approved in parliament today, could well be extended when it ends on December 8 by another 14-day period to December 23.

No mention was made of Christmas – but the implication that it could become horribly snarled up in ‘preventive measures’ was there: ‘We can’t give up’ no matter how divided society and politicians may have become, said Marcelo.

Today’s parliamentary vote extending the State of Emergency was actually only supported by the PS, PSD and one ‘non-ascribed’ MP.

It was further sign that the feeling prevalent in the spring and summer that ‘we are all in this together’ has slipped badly. It’s a lapse President Marcelo is keen to try and recover, particularly as the country goes to the polls to vote in a new president in January.

Marcelo’s message today was “we are going to do what we have done through almost nine centuries of history: we won’t give up”.

He stressed that the time to ‘make judgments about acts and authors, to demarcate fields and ascertain and hold (people) responsible’ would come. “There will be plenty of elections for that”. But right now, it’s time for ‘convergence’ even if people disagree.

In many ways it was more of the message that the president has been repeating over the last few months: ‘the pandemic is bad enough: we don’t need political and social unrest’ as well.

Say reports, Marcelo “made no attempt to anticipate measures due to be announced by the government tomorrow, though he guaranteed that health authorities have more specific data on cases so that ‘we can adjust measures to municipalities with varying degrees of severity”.

The reality however is that as the government prepares to presents ‘new measures’ to the country on Saturday, protests will be going on throughout the country: restaurateurs in Faro as well as a ‘protest for culture’ in the capital, a ‘slow march for liberty’ in both Lisbon and in Porto on Sunday, and a further demo planned in front of parliament next Wednesday.

Bit by bit authorities’ reasoning for maintaining the suspension of ‘certain rights,  liberties and guarantees’ is being challenged. As television commentator Bernardo Ferrão told SIC this evening, ‘we don’t even know’ if the government has a plan for the roll-out of the suddenly promised vaccine. Indeed, health authorities are still struggling to administer the regular flu vaccine, he said.