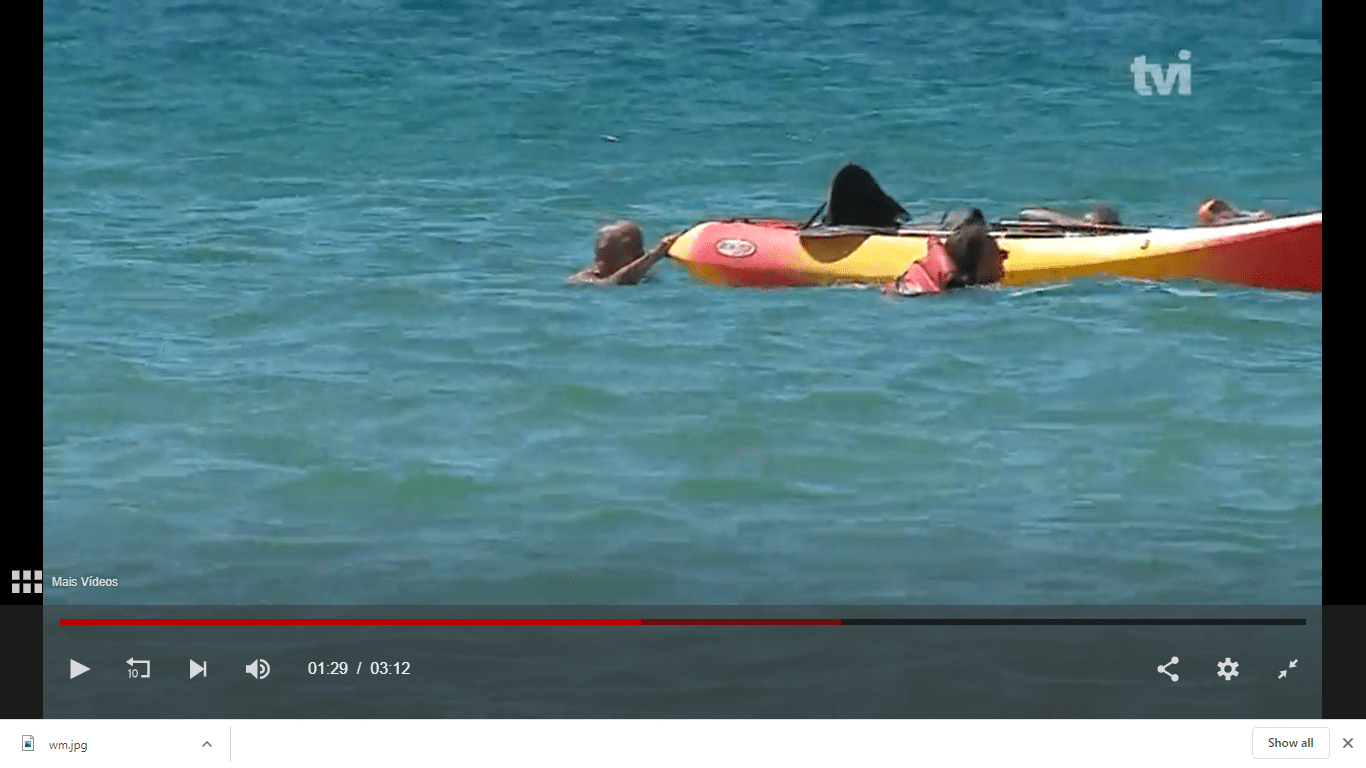 President Marcelo didn’t hesitate for a moment on Saturday morning when he saw two young canoeists struggling against the current in Alvor.

It was the first day of his ‘official holidays’ to the Algarve, and he had just embarked on an early morning swim – but off he went to the rescue, getting images of the incident beamed over national media.

“Marcelo Rebelo de Sousa never rests” blazed tabloid Correio da Manhã. “Even on holiday the President of the Republic shows not only his kindness by speaking to anyone who approaches him, accepting to take numerous selfies, he also shows he’s ready to help anyone in danger…”

The two young women had come from a neighbouring beach but were being pushed by the current and ‘exhausted’.

“They had been turned over and had swallowed water”, Marcelo told reporters afterwards. “They couldn’t swim because the current was too strong”.

But with the help of another swimmer and the arrival of a jet-ski, the young women were guided to the shore and to safety.

“They got quite a scare”, the president agreed as he was interviewed on the sands.

Marcelo will be in the Algarve for the next few days, but says he will be using much of the time to prepare speeches. And somewhere mid-week he has to return to Lisbon. But, in the meantime, there have been no shortage of internet memes featuring his face in the dazzling line up of ‘Baywatch’ babes (click here)