Portugal’s President Marcelo Rebelo de Sousa was back in the Algarve again this week on his seemingly indefatigable campaign to boost people’s spirits. In a year in which the region’s tourism has been hammered, he has promised to visit every single borough to “stimulate confidence” in both those praying for an improvement in business, and those wondering whether it’s safe to come here on holiday.

Alighting in Silves on Sunday, he told reporters that “finally” justice has come for Portugal and particularly the Algarve, which, at the start of this virus-blighted summer, in his opinion were both treated “very unjustly indeed”.

Speaking from behind a mask in elevated temperatures and looking dapper in full suit and tie – when most around him were in shorts and t-shirts – Marcelo referred to travel restrictions imposed by several countries as having been lifted, and a situation nationally today that is “very different to that of a month or a month-and-a-half ago” (click here).

His next visit will be to Portimão which is basking in the warm-glow of knowledge that major sporting events are ‘back on the calendar’ and coming to the Algarve International Autodrome this autumn.

But if the president’s trips down south look like a bit of theatre – a light-hearted way of promoting Portugal for the lunchtime and evening news – we’d be looking at the tour-de-force undertaken by Marcelo in entirely the wrong way.

Every move this extraordinary president makes has been carefully planned. Every speech – indeed most sentences – are pre-packaged in an approach that totally overshadows other leaders on the global stage.

The magic of Marcelo is that he ‘takes people with him’.

A bit like US President F.D. Roosevelt who used ‘fireside chats’ during the despair and uncertainty of the 1930s to reassure his nation, Marcelo takes to the streets, bumps elbows with passers-by and poses for selfies in a blaze of upbeat enthusiasm.

When was the last time he was heckled, or even challenged by anyone?

At 71, in really gruelling temperatures, he has been using this most dismal of summers to spread sunshine wherever he goes.

Remember, this is the man who collapsed two years ago due to his punishing schedule at the height of a heatwave.

At the time, fears were that a slight heart condition might compromise his standing for a second term.

Indeed, he’s always intimated that a second term is something he won’t decide until almost the last minute.

Covid-19, the economic crisis and quite appalling world events have conspired to ensure that we’re arriving at that last minute without even being aware of it.

The presidential elections are due in January 2021.

In a normal year, papers would already be full of all the contenders and what they were hoping to bring to the table. But this year, they are actually the last people on anyone’s mind – and we can be fairly certain Marcelo knows this.

By going out and becoming the grandfather of Portuguese tour reps in his billowing swimming shorts, he’s actually running a one-man presidential campaign, and charming all that come into contact with him.

At the same time, he’s keeping the government ‘in check’ (as he always vowed he would), watching every bit of legislation put forwards for the presidential green-lighting during the holiday period and even sending some of it back.

As so many people remarked when he first took office in 2016, it’s just as well this man needs very little sleep.

Portugal is one of two European countries that has shown the greatest reduction in virus numbers in recent weeks – but still the UK government is dragging its feet over the opening of an air corridor.

Picking up the Resident’s story about travel insurance being offered British holidaymakers who are coming to Portugal regardless of Britain’s quarantine demands, The Telegraph reported over the weekend that ministers in Whitehall are “thought to be happy with Portugal’s low infection numbers”.

But a source explained that, despite the progress, the process for dropping quarantine “is far more gradual” and monitored “in weeks rather than days”.

In a subsequent story, The Telegraph stressed that the Joint Biosecurity Centre could say it is prepared to remove quarantine for Portugal this week – but this is still unlikely to happen before the end of August.

“That gives the government time to assess that the falling numbers are part of a longer-term trend rather than a blip,” said the source.

Here, however, newspapers are filled with the much more positive news that the ECDC (European Centre for Disease Control) has pinpointed Portugal and Sweden as the two countries in Europe with the greatest fall in infection rates.

Following the period July 20 to August 2, the centre says there has been a 30% reduction in infections in Portugal.

Says Expresso: “Portuguese are among the populations that realise the highest number of tests in Europe and even so the number has fallen” this dramatically at a point when other countries are experiencing new peaks of infection rates.

President Marcelo mentioned this on Monday in Armação de Pêra, saying “let’s see if our ally of goodness-knows-how-many-centuries finally comes on board” and gives Britons who love coming to Portugal the chance of holidays without the need for 14-days strict quarantine on their return. 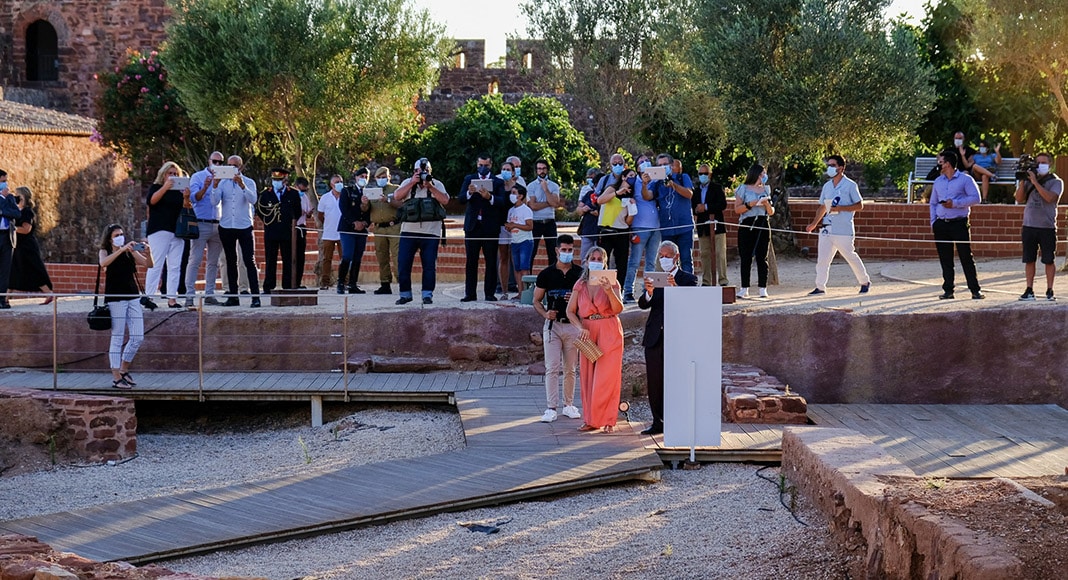