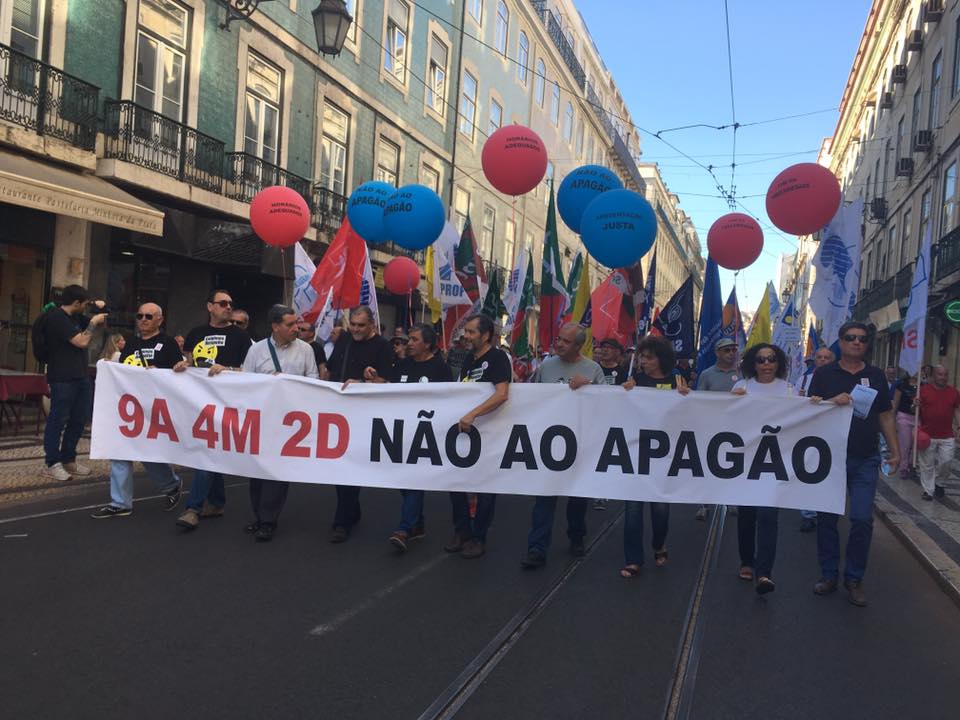 In a development that will have the country’s teachers raising their festive glasses in quiet anticipation, President Marcelo has ordered the government to think again before it shafts the thousands who have been denied pay rises and career progression for nine years, four months and two days.

The government’s ‘decreto-lei’ seeks to restitute teachers, but only for two years, four months and 18 days.

In the government’s eyes months of negotiations have failed to make any headway – but as far as President Marcelo sees the situation there has not been the meaningful negotiation that there should have been under the terms of the 2019 State Budget.

This week Marcelo was put in the unenviable position of rubber-stamping the government’s ‘way forwards’, and he hasn’t.

Now it is back to the drawing board, or more to the point, the negotiations table.

Teachers have vowed to extend their strike action into the New Year unless their situation is brought in hand.

January 3 sees schools returning after the Christmas holidays, and a major demonstration is planned outside the education ministry in Lisbon.

Said teachers union leader Mário Nogueira: “We’ll be now hoping that the government complies with the law and doesn’t shaft the president as it has the teachers”.

Making the government’s position even more difficult is the fact that in Madeira and the Azores teachers have already reached agreements for a phased compensation of the frozen nine years, four months and two days.

The government’s argument is that if it were to concede to teachers’ demands – even in phases – it would send the budget into dangerous territory. Minority left-wing parties disagree, and have already suggested various ways the teachers could be compensated without hammering the deficit.