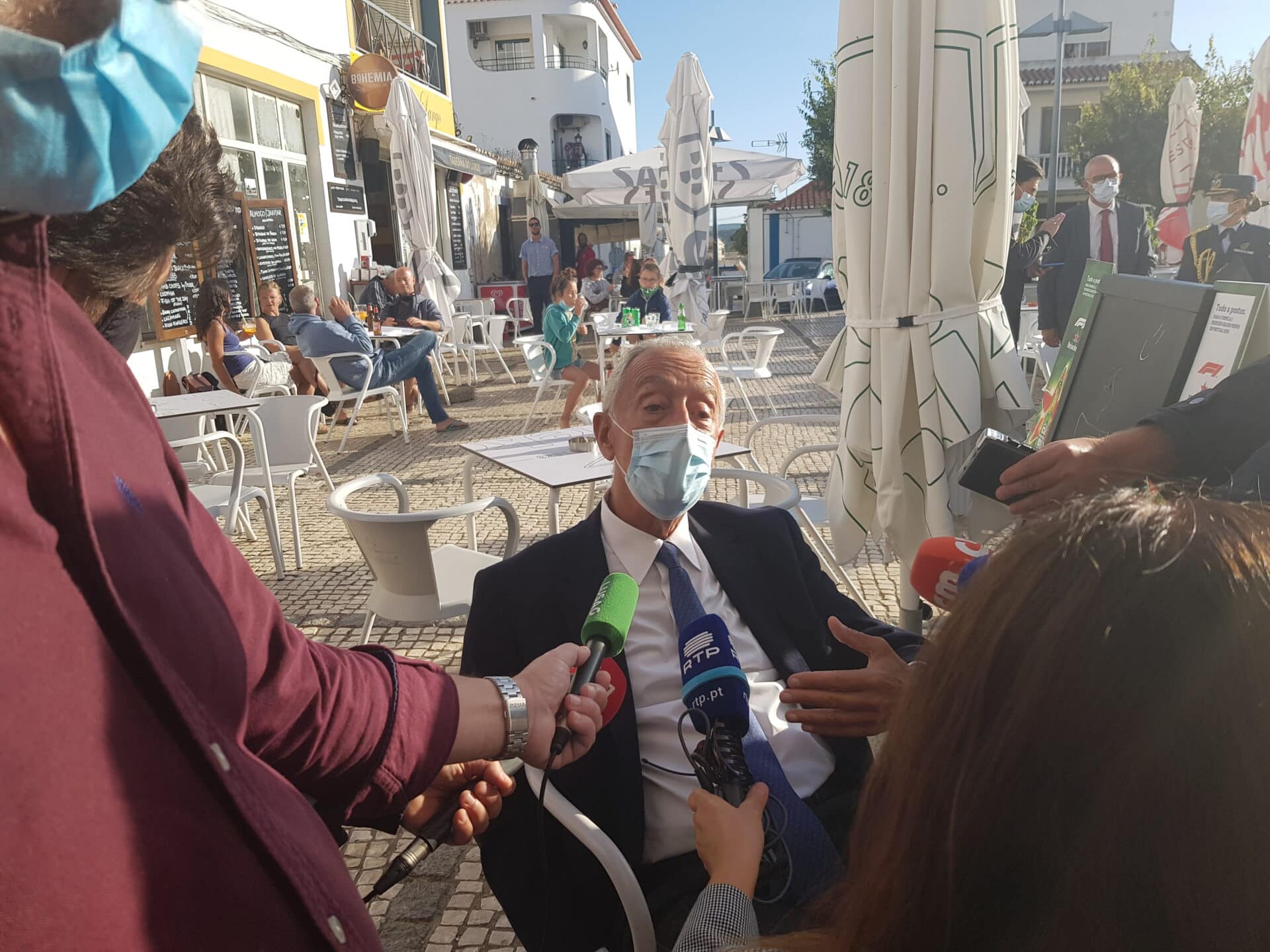 Still on his visit to the rural borough of Aljezur – and a long way from arriving at the footbridge which has seen activists in place since 8.30am this morning – President Marcelo has this afternoon added emphasis to warnings given by PM António Costa that ‘much tougher restrictions’ could be on the way if numbers, of both Covid infections and deaths, don’t come down soon.

On a day of another dismal round of records – more infections than ever before, more deaths in the last 24-hour period than for months – a visibly tired-looking president told a barrage of reporters: “If the number of deaths spirals into tens per day (today 21 were recorded) then we have a very serious problem which will cut across the whole of Portuguese society”.

“No one wants radical formulae”, like mandatory lockdowns – even mini-lockdowns – but unless people start making “a big effort” to fall in line with the measures currently in place, measures further limiting their lives “will be applied”, he said.

He made it crystal clear that the government is indeed ready to decree a new State of Emergency – and a new national lockdown – if the situation doesn’t improve.

Admitting that some of the new measures in place have generated what amounts to a cross-party outcry – particularly with regard to making the StayAway Covid contact tracing app compulsory – he said: “If we don’t adopt measures of this nature now, maybe in a while we will have to take measures which impinge much further into liberties, starting with freedom of movement, which we adopted at the start of this pandemic”.

Much more on this subject is likely through the weekend, while in Aljezur President Marcelo is still meeting people and being presented to people as he makes his way down through the town towards the footbridge where representatives of ‘lawyers for the truth’ are bristling to challenge him on what they regard as a ‘coup d’état on civil rights and freedoms’.

Activists who made numerous banners especially for the occasion have been told by police that they cannot wave them, or even hold them. This is largely because no-one actually informed the municipality that a protest would be taking place.