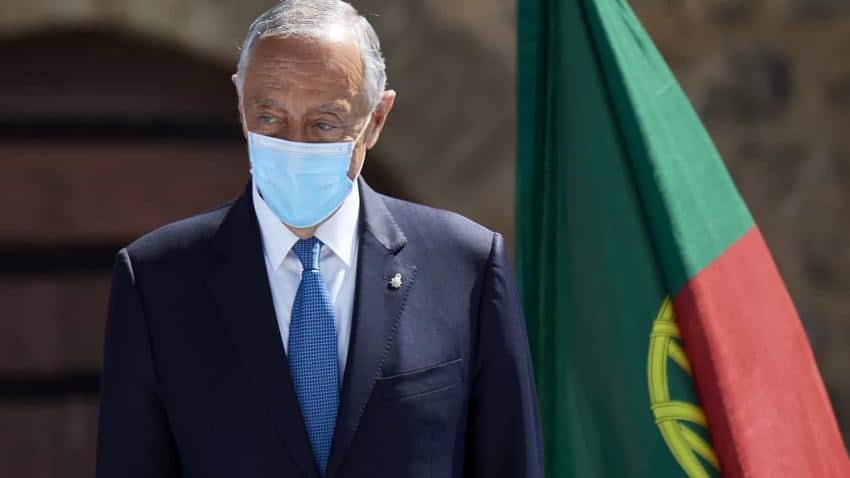 Keen to impress the fact that rising infections in areas like Lisbon are not translating into serious illness or pressure on the health system, President Marcelo has made a case for ‘changing the risk matrix’ which has been the yardstick by which authorities regulate the country’s slow deconfinement.

What needs to be taken onboard now, says the head of State, is the “growing level of immunity” within the Portuguese population – either by dint of people having been infected naturally (which gives a stronger immune response than the vaccines) or by having received at least one shot of the emergency-approved vaccines.

He told journalists that obviously this is his opinion, and he must leave decision-making to the government and the specialists advising them, adding nonetheless that he is aware “there is a growing number of specialists who are saying we have to start re-thinking”, and the government seems to be in tune with this narrative.

Said Marcelo, things need to change “for a very simple reason: the world will open. Sooner or later we are going to return to more normal activity…”

These words came ahead of tomorrow’s meeting at Infarmed which is expected to outline ‘new restrictions’ for the summer and hear from the specialists on various aspects of Portugal’s epidemiological situation.

But what was encouraging was that the President is clearly expecting case numbers to rise over the next weeks, if not months – and is not overly concerned by the prospect.

His ‘argument’, explains Público, is that “if there is an appreciable rate of immunity within the country, there is no reason in terms of life and health to justify indefinitely halting the economy and society”.

“Life has to continue, no matter how sensitive we are to some lives and some health situations that exist. Life has to continue and will continue in the coming months and years, as will other epidemics – although not as long-lasting and complex as this one”.

This change of heart has nothing to do with trying to “artificially escape from the application of criteria” on areas like Lisbon – where rising case numbers have been the topic of the week – but more to do with “weighing-up the situation in light of new data.

Yes, it would help if young people took heed of all health advice and controlled their behaviour. But “there is no need for any kind of alarmism”, stressed the president.

His idea for a slightly altered risk matrix is to take transmission and case numbers into account, but include into the equation how these are pressuring health services, how these are affecting intensive care units (currently treating just 53 people in a population of 10.2 million), and how they are affecting mortality.

To date in Portugal 846,434 people have tested positive for SARS-CoV-2 since the start of the pandemic. Of this total, 17,022 have died – the overwhelming majority over the age of 70. It is a percentage of 2 deaths in every 100. This percentage however is currently in freefall (see story to come).