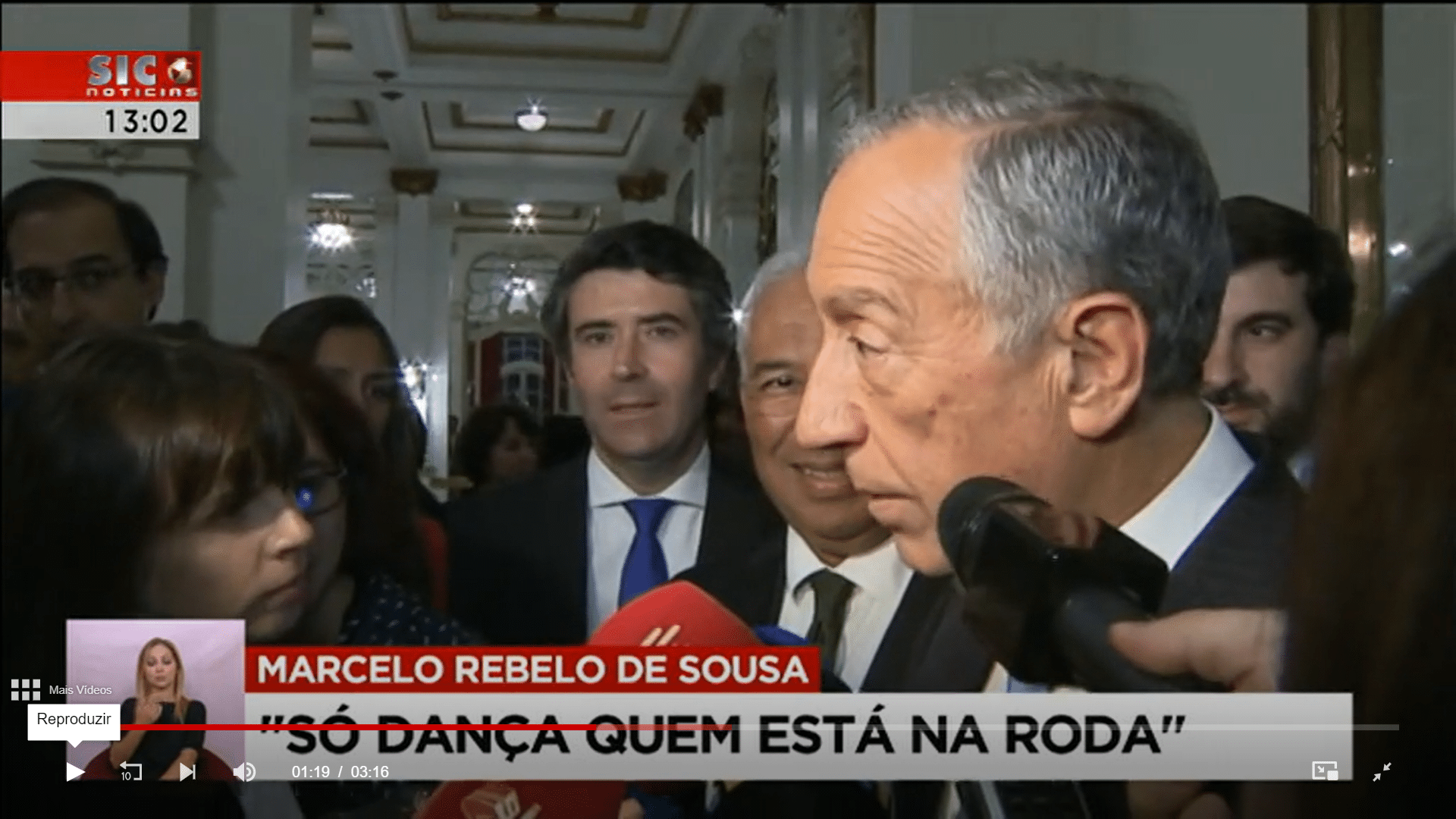 Portugal’s president Marcelo and prime minister António Costa are both in Brazil this weekend, on a lightning visit ostensibly to reopen the Museum of the Portuguese Language – which had been closed for over five years due to a devastating fire – and publicise the recently passed law on nationality which embraces children born to Portuguese overseas.

Marcelo has taken the opportunity to make all necessary efforts to “construct and deepen” the relationship between the two countries.

He said shortly after his arrival in São Paulo at 6pm local time (10pm Portuguese time) on Friday: “In Portugal we are all – the President of the Republic, and also the government and political sectors – committed to improving the relationship and deepening the role of the Portuguese language, both within the community that speaks it and the world. This is the objective of my visit”.

Brazil’s own president Jair Bolsonaro – a politician whose popularity is in freefall these days – was not there to meet the Portuguese delegation.

Marcelo’s first appointment was with former President Lula da Silva (who looks like he is returning to the presidential race after several difficult years in which he was accused, tried, jailed and then pardoned over charges of corruption).

President Bolsonaro was also absent from the inauguration ceremony of the new-look museum, “preferring to accompany a bikers’ meeting” elsewhere in the city, writes tabloid Correio da Manhã today also carrying an article on how Mr Bolsonaro has been found (by a recognised NGO study) to lie four times a day.

The Article 19 “Global Expression Report” explains President Bolsonaro lied, “either out-loud or on social media” 1,682 times in 2020 – and that “his false and misleading declarations contributed decisively to the increase in the deaths in Brazil from Covid-19”.

Article 19 – a British human rights organisation with a specific mandate and focus on the defence and promotion of freedom of expression and freedom of information worldwide – also found that in the first two years of his mandate (2019 and 2020), Mr Bolsonaro “proffered at least 2,187 lies, namely denouncing electoral frauds that were never proved.

“As a result of these denouncements, Brazil’s Superior electoral court created a nucleus of specialists to respond in realtime to the false news propagated by the president”.

Quizzed over Mr Bolsonaro’s absence from both the commemorations, and any kind of welcome, Portugal’s head of State used a colloquial expression, literally translating as “only those in the ring get to dance”.

In the meantime, both have met with a number of Brazil’s past presidents as well as representatives of the Portuguese community.

President Marcelo is scheduled finally to meet with Jair Bolsonaro in Brasilia tomorrow (Monday), shortly before he and the rest of the Portuguese delegation returns to Portugal.