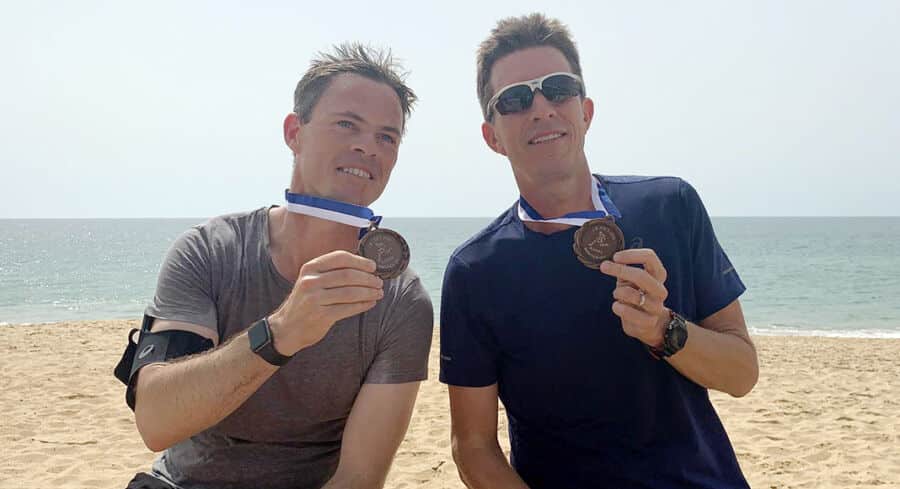 Two Algarve business owners who challenged themselves to a 42km run on Friday (March 26) have raised £10,470 (around €12,300) for Refood Almancil, a local branch of a larger charity that aims to stop food from going to waste.

As the Resident reported earlier this month, Joe Mountain from SandyBlue rental agency in Almancil and John Seabrook (also known as J) from BJs Oceanside Restaurant at Praia do Almargem in Quarteira wanted to do something to help those who have been affected by the pandemic. Together they came up with a plan to run a marathon in a bid to raise money for Refood Almancil.

While Joe is a seasoned marathon runner, having completed more than 30 marathons including the 250km Marathon des Sables in the Sahara Desert, the 100km Mountain Ultra in the Himalayas and the 250km The Jungle Ultra in Peru, J described himself as more of a part-time runner.

Nonetheless, they set March 26 as the date for their charitable run.

“We headed off from Quinta do Lago at 8.43am to do two laps of a nine-mile circuit around the airport,” J told the Resident.

As he explained, the aim was to run a ‘negative split’ which meant doing the second half faster than the first.

“Considering the forecast for very warm weather and the route which was mainly off-road (dirt tracks and the odd sandy patch), we decided that we should aim for 10km/h. The first half came and went in two hours and five minutes, which meant the aim was anything under four hours and 10 minutes,” he said.

“We had a perfectly placed hill at 35km coming up from the beach at Ancão. It nearly stopped us but a few encouraging words from Joe and we were on the home straight through VDL and back to BJs. We made it in 4:09:54 and hence managed the ‘negative split’ by six seconds,” J added.

The duo was delighted to have successfully completed the challenge and thanked everyone who donated to the cause.

“Thanks to everyone’s amazing support we have raised over €10,000 for Re-Food in Almancil. This is one of the largest donations they have ever received and will help to feed hundreds of people for the coming weeks whilst we wait for the borders and businesses to open,” they said. 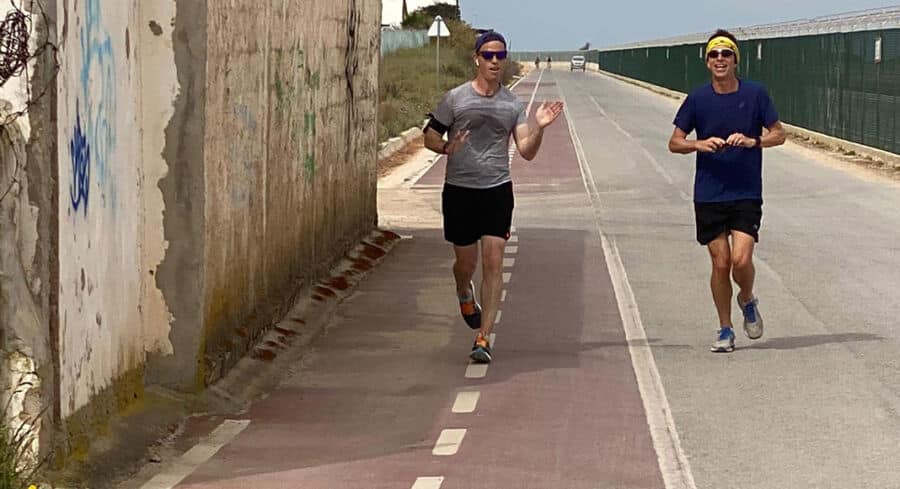 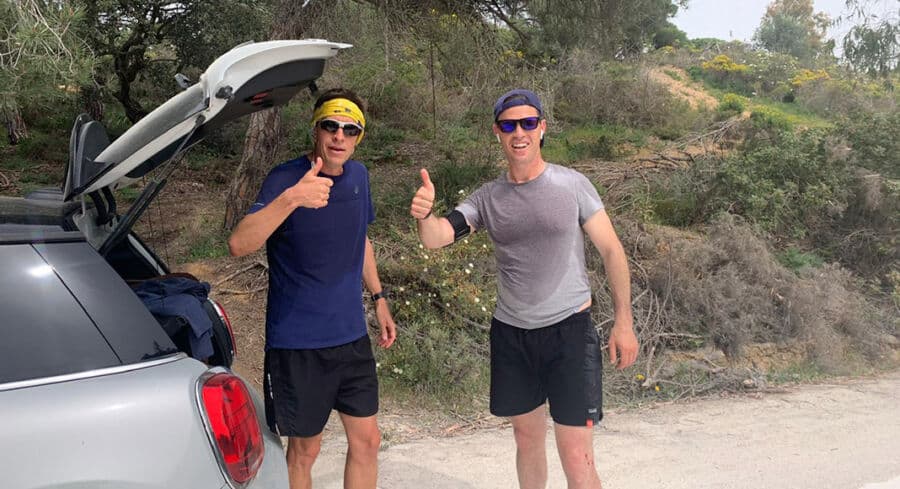 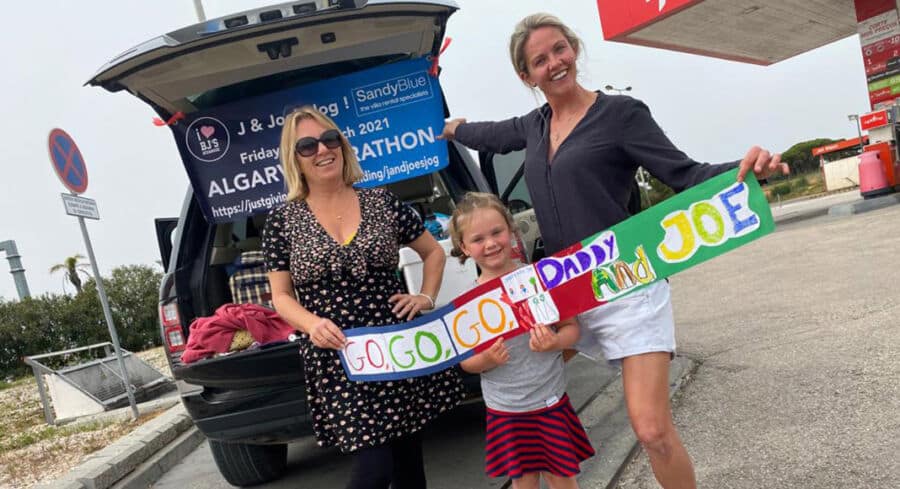