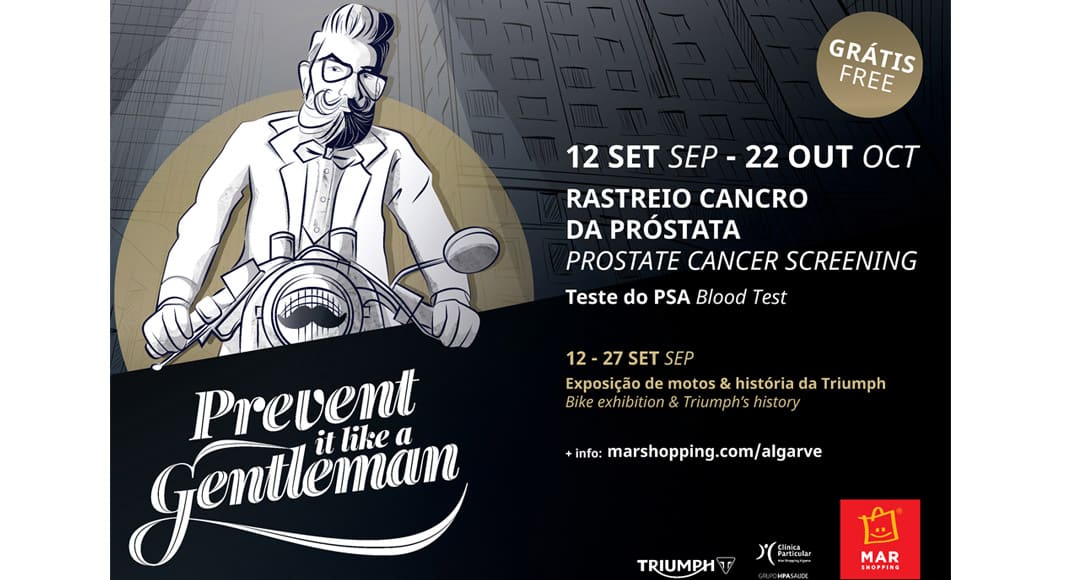 Entitled ‘Prevent it Like a Gentleman’, the shopping centre’s initiative will begin with a motorbike exhibit and a photography exhibition organised by Triumph Portugal which can be visited between Saturday (September 12) and September 27.

They can be booked directly at the clinic or by telephone (707 28 28 28). In previous editions, around 300 tests were carried out. Some helped detect cases which were at early stages of development.

Herman Gewert, general manager at Mar Shopping Algarve, has praised the success of the screenings, saying their positive results have been motivation enough to continue “promoting this initiative and contributing to the health and well-being of the Algarvian community”.

The Distinguished Gentlemen’s Ride was held for the first time in 2012 in Australia, with 2,500 riders participating in rides across 64 cities.

It was founded by Mark Hawwa, who was “inspired by a photo of TV Show Mad Men’s Don Draper astride a classic bike and wearing his finest suit.”

Mark decided a themed ride would be a great way of connecting niche motorcycle enthusiasts and communities while raising funds to support the men in our lives.