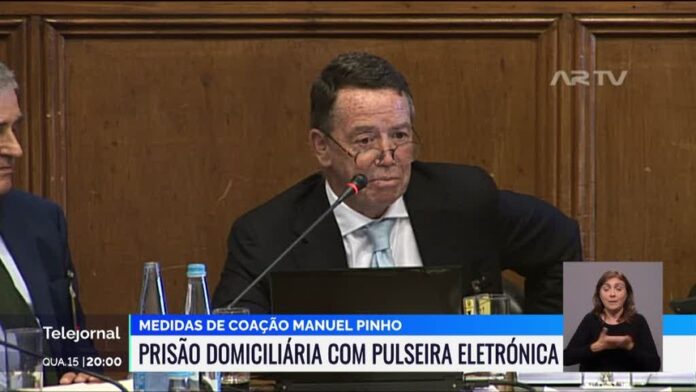 Manuel Pinho, the former minister of economy currently under house arrest due to his inability to post €6 million bail, has received a shot of early Christmas cheer.

After the ‘shock’ of his detention recently – due to judge Carlos Alexandre taking over the case for alleged corruption that has essentially bounced around going nowhere under judge Ivo Rosa for over a decade, he has heard that Alexandre too is almost certain to be replaced.

And when that happens, Manuel Pinho could ‘get lucky’.

Explains CNN Portugal, “there will be a great probability that Pinho’s bail terms will be revised”.

On the basis that judge Alexandre is known for having no truck with white collar crime, his predecessor has not got quite the same reputation (click here) – and the potential judges coming as the result of a fusion of two courts may not have Alexandre’s apparent mission to pursue every whiff of political malpractice like a bloodhound on steroids.

Correio da Manhã suggests there could be more at play ‘behind the scenes’.

According to the paper, the day after Manuel Pinho was arrested, decisions on which judges should have which cases changed.

“Manuel Pinho can breathe with relief”, says the paper. “The EDP case which led to his house arrest and the application of the highest bail surety in the history of Portuguese Justice will almost certainly be distributed once again to another magistrate…”

Former Angolan first daughter Isabel dos Santos “should also be pleased”, CM continues, as Carlos Alexandre looks likely to lose control of her case as well – meaning he “won’t be the one setting bail terms, validating phone taps and/ or the apprehension of documents”.