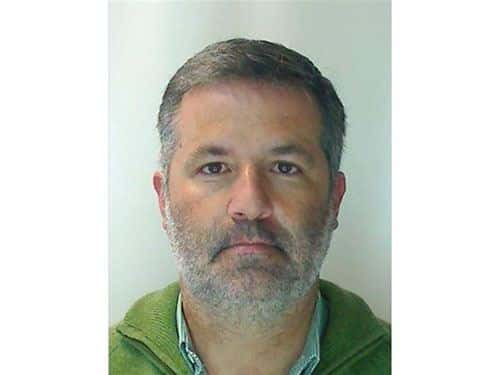 Despite the many hundreds of police involved in searches for Beira gunman Pedro Dias, stories until today (SEE BELOW) suggested the man whose being likened to “an evil Rambo” may have reached Spain as long ago as Tuesday.

Wanted for a trail of bloodshed that left two dead – one a young GNR agent – and two others seriously injured, Dias is reported to have hijacked a Renault Express just around the time Portugal’s manhunt mobilized around São Pedro do Sul (Viseu).

On Thursday evening, news reports claimed PJ police were collaborating with Spain’s Guarda Civil and mounting round blocks in and around Salamanca.

But whether Dias had managed to change vehicles and advance even further was left open-ended.

Over Saturday stories centred on the funerals of his victims, the obsession Dias appears to have had with the GNR, and the fact that he has previous allegations against him for domestic violence.

According to tabloid Jornal da Notícias, a medical expert has labelled him a “sociopath”.

National tabloid Correio da Manhã made much of the story that as a result of a police raid on his property two years ago, in which “illegal weapons and exotic animals” were apprehended Dias “started to believe the GNR was unfairly pursuing him”.

According to a statement from the GNR agent who miraculously survived being shot in the head, the trained pilot with military skills learnt in South Africa, even considered “invading the GNR station in Aguiar da Beira” after shooting Caetano, and before going on to claim his next victims.

He only desisted because the agent he was holding captive at the time assured him there was CCTV active in the station and that he would be “identified”.

As it is, sightings of Dias have been called in up and down the country since his image was released over the media.

There was even a sighting in Lisbon on Friday, by the Benfica stadium. All sightings went on to be discounted.

BUT ON SUNDAY came a new story – throwing much of the others discussing his potential whereabouts in the air.

Dias has been seen in Arouca – not far from where the manhunt first began – by two people, a 50-year-old woman and her 71-year-old neighbour whom he attacked at the woman’s home in Moldes.

Lt. Col Vendas Alvas of Aveiro GNR told Público that the break-in took place “between 1.30 pm and 3.30pm”, and that the description given by the two victims “corresponds to that of Pedro Dias”.

According to police, the man beat the man and woman “violently”, tied them up, stole food and then made off in the man’s white Opel Astra, resgistration 98-57-EA.

A “strong mobilization” of police vehicles has once again been scrambled, and is now apparently “trying to locate Pedro Dias” – last seen on the way to Alvarenga.

Latest reports suggest the Opel Astra has been “sighted” by police in Vila Real.

BISHOP WARNS ‘SOON NO ONE WILL WANT TO BECOME A COP’

The desperately emotional funeral on Thursday of 29-year-old GNR agent Carlos Caetano was marked by controversial statements by the Bishop of the Armed Forces, D. Manuel Linda.

Speaking in the presence of Minister for Internal Administration Constança Urbano da Sousa, the bishop said that Portugal could be approaching the day that “few, or no one” will want to join the GNR “because the toughness of the life is enormous, social exposure uncomfortable and compensation, in the form of salary, is very small”.

National tabloid Correio da Manhã says Urbano de Sousa “did not want to react” to the bishop’s words, but they could not have been easy for her to hear.