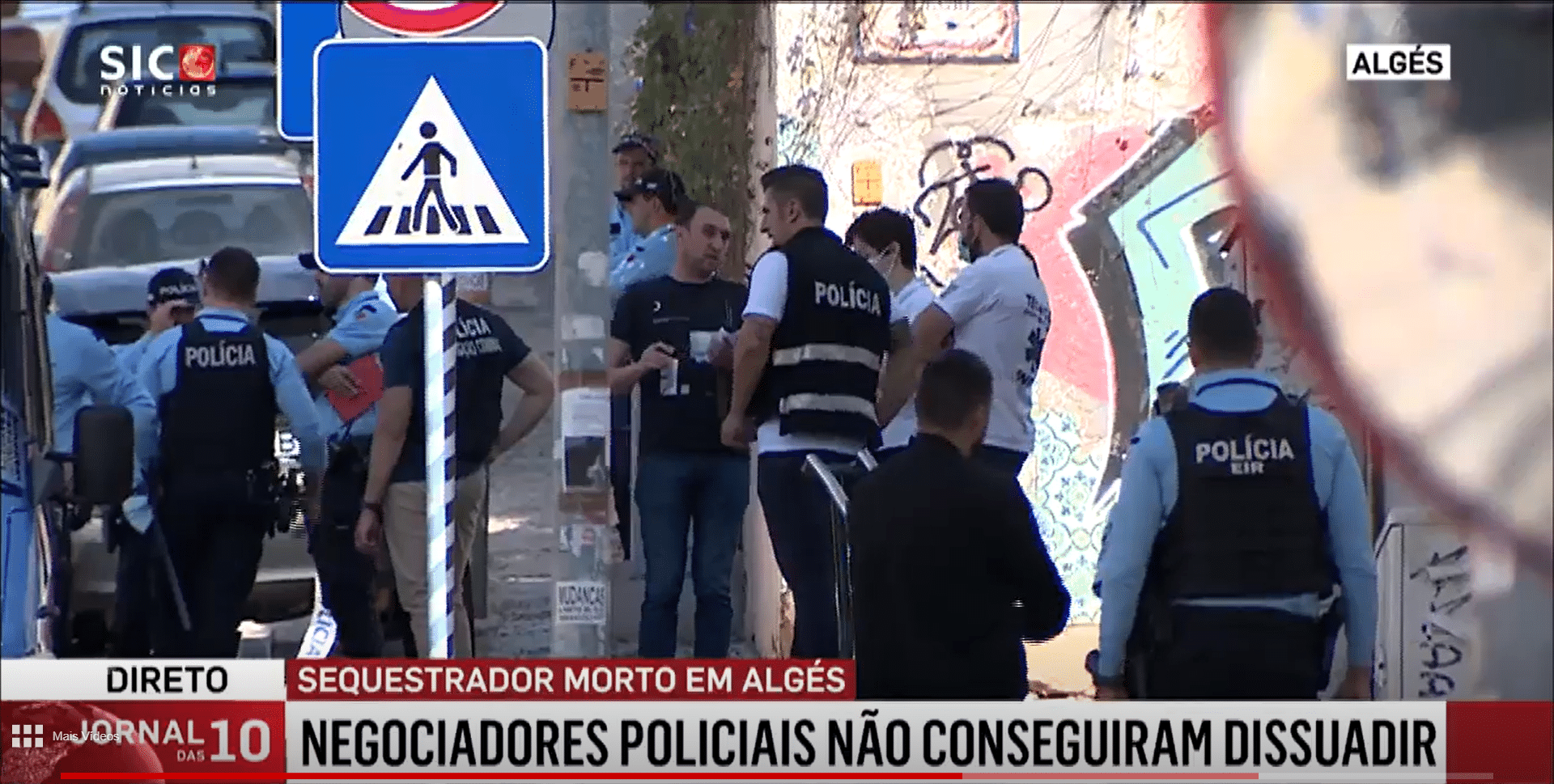 “Large armed man” was holding hostage and refused to surrender

The Lisbon Metropolitan Command has admitted today that it could not dissuade an ‘aggressor’ which agents proceeded to shoot dead this morning in Algés (municipality of Oeiras).

The man, described by SIC in subsequent reports as German, was reportedly holding another man hostage inside a house.

Called to the scene in the early hours, police say they were faced with a man of ‘large physical stature and two lethal weapons’ (type not yet specified).

The hostage presented “various serious injuries resulting from cuts from one of the weapons inflicted by the aggressor”.

This morning’s police statement explains that “attempts were made to dissuade the suspect from his behaviour” but the use of “coercive measures of low lethal potential” did not have effect.

One of the police agents involved suffered injuries (again it is not clear whether these were gunshot injuries, or knife wounds).

The police statement concludes that “the PSP laments the death of the attacker and appeals to all citizens to comply with legal and legitimate orders given by police”.

UPDATE: IGAI, the general-inspectorate of internal administration, has since confirmed that it has opened an inquiry to “investigate the circumstances in which elements of the Public Security Police carried out shots with a firearm today in Algés, resulting in the death of a citizen.

Maartin Andreas, 44, has since been described as “almost two metres tall”, weighing around 130 kgs.

Reports the day after his death describing him as behaving like a madman.

His fury appears to have been directed at his victim because the victim – a Portuguese resident in the same long-term hostel – had “tried to help a Dutch girl” with whom Andreas had wanted to have a relationship, but was rejected.

As to the “coercive methods of low lethal potential” that had not deterred Andreas, these involved being hit with police truncheons and attempts to subdue him involving electric shocks and pepper spray.