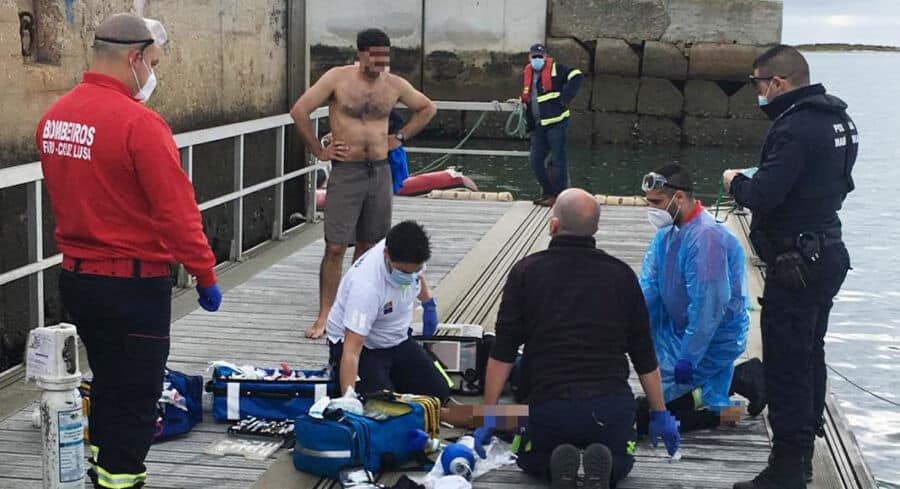 A man in his 50s died this morning after the boat he was travelling in crashed into a buoy in Ria Formosa, near Faro. This is the second fatal boat accident to take place in the estuary in less than week. The three other people also aboard the boat did not sustain injuries.

Maritime police were alerted to the accident at 9.37am, says a statement released by the national maritime authority (AMN).

Two of the four people who were aboard the five-metre-long recreational boat were flung into the water when it crashed. They were quickly retrieved by the others aboard and taken to Faro’s commercial docks where INEM and firefighter teams were waiting.

However, one of the victims died at the scene and his body was transported to Faro’s legal medicine institute.

Speaking to CMTV after the crash, Faro port commander Rocha Pacheco said it was unclear what caused the man’s death as the rest of the crew did not sustain injuries.

The boat was reportedly travelling from Faro Island to Culatra Island when it collided with the buoy. It is not known who was navigating the boat.

This is the second fatal boat crash in less than a week in Ria Formosa.

On Monday night, a 26-year-old man was killed and another injured in a crash involving two “recreational boats” between Faro and Olhão. (click here)