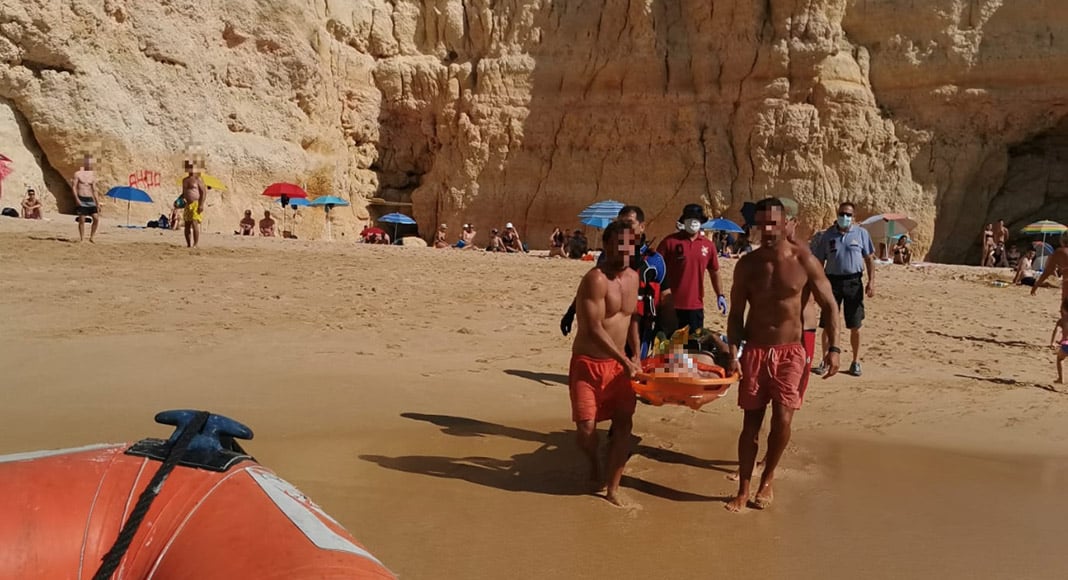 A 29-year-old man is believed to have broken both legs after jumping from a cliff into the sea at Praia do Carvalho (Lagoa) on Wednesday (August 5).

The man was rescued by the Ferragudo lifeboat crew and transported by boat to nearby Benagil beach where an ambulance arrived to take him to hospital. Local firefighters, lifeguards and maritime police were also involved in the rescue efforts.

In a statement, the national maritime authority (AMN) advises beachgoers to avoid participating in dangerous activities “such as cliff jumping” and especially in areas they are not familiar with.