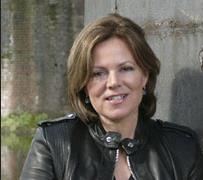 MUSICAL DUO Kathryn Stott and Pavel Fischer are due to perform at the São Lourenço Cultural Centre, near Almancil, on Thursday (March 20) and March 22, from 7pm.

They will play a wide range of pieces by, among others, Debussy, Satie, Bartók, Brahms, Sibelius, Villa-Lobos and Fitkin in the first concert, and Dvorak, Chopin, Shostakovik, Tchaikovsky, Stravinsky, Albeniz and Teleman in the second concert, playing solo and together throughout.

Briton Kathryn Stott studied at the Yehudi Menuhin School and at the Royal College of Music in London.

She has appeared as a concerto soloist and recitalist in Britain and throughout Europe, the Far East and Australia.

Prague Conservatory and the Prague Academy of Music.

He has appeared as a soloist with orchestras in Germany and Czechoslovakia. More recently, he has taught at the Royal Academy in London, Quartet Academy in Amsterdam and at the University of Mexico City.

Tickets are priced at 25 euros, which includes the concert, food and drinks.