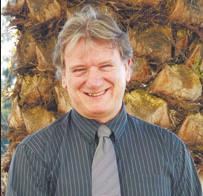 AFPOP was started in the eighties by a large group of foreign people who owned property in the Algarve and needed to exchange practical knowledge of life in the region.

As time went by, the group grew and AFPOP expanded into what it is presently, the largest association for foreign residents and visitors to Portugal.

In 1987, when AFPOP started, “original members just wanted to formalise what was already working as a self-help group of foreign residents and property owners in what is today known as the Golden Triangle – Quinta do Lago, Vale do Lobo and Almancil,” says Michael Reeve, Chief Executive Officer of AFPOP.

The last 10 years have been crucial for AFPOP, with new members joining the association on a regular basis and new needs being faced by members, who nowadays are not only property owners.

“At present, we have almost 6,500 members,” Michael Reeve told The Resident, adding that most members are based in the Algarve and the majority are British nationals. “The last time we looked into this was in the middle of 2007 when we spoke with the Serviço de Estrangeiros e Fronteiras’ (SEF), the foreigners and border control authorities in Portimão.

“The figures that we have roughly mirror the figures the SEF has regarding the nationalities in the Algarve. We have 65 per cent British members, 17 to 20 per cent German members, 12 per cent Dutch, and the remaining are mainly American and Australian members,” says Michael Reeve.

The association is also widely represented throughout Portugal. Although most of its members live in the Algarve, many more live in the Alentejo, Lisbon and Cascais, and even in Caminha, in the north of Portugal.

AFPOP provides as much information as possible to its members, but people “must realise bureaucracy in Portugal is not that much worse here than it is in the UK”, he adds.

For the future, AFPOP expects to improve the quality of its services. “Last year, we started a communication link with all the câmaras in the region”, Michael Reeve told The Resident. In Lagos, AFPOP already has a dedicated person within the Câmara that it contacts every time a member from that area has difficulties solving an issue. “The result has already been very positive,” says the AFPOP CEO, who is expecting to have all the other Algarve câmaras involved by the end of April.

Michael Reeve believes expatriates from all nationalities have much to offer to Portugal with their different cultural experiences and personalities. If all foreign associations worked together in their common issues, “it would be more likely that they would be listened to” by the local authorities and policy makers.

For this year, AFPOP is focusing on a road shows programme that is currently being prepared and will be announced before April. The Better Living in Portugal (BLiP) exhibition also tops the list of priorities for this year, after the renewal of the contract with exhibitions and events specialists, Exiberia. “Exiberia won the tender for the next three years (2008/2010) and our objective is to improve the exhibition’s quality,” says Michael.

To end the year in style, the AFPOP CEO reveals that the 20th anniversary of the association will be marked by several celebrations and a big party is promised for members.