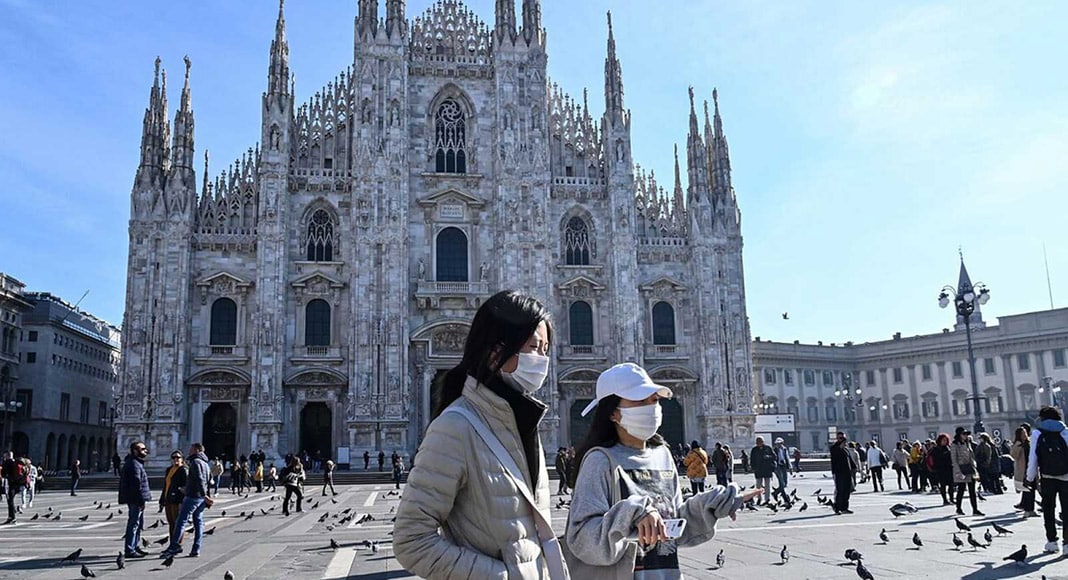 There has been a major spike today in the numbers of people being admitted to hospital in Portugal for complications as a result of becoming infected with SARS-CoV-2.

139 people increased numbers in hospitals over the last 24-hours, translating into 1,588 people currently receiving specialist care for the worst effects of Covid-19, 161 of them so ill that they are being treated in intensive care units.

Portugal’s risk matrix remains deep in the darkest of red, signifying an unprecedented rate of incidence at 3,204.4 cases per 100,000 of population.

The country’s Rt (transmission) number is at 1.24, with 20,212 new infections having been flagged by authorities (these may well increase tomorrow, as it is well-established that results on Mondays are always ‘lower than they should be’ due to the fact certain laboratories have been closed for Sunday working).

The stark numbers belie the ‘good news’ – that Portugal remains a country with comparatively very low fatality rates due to infection by SARS-CoV-2: a daily average of 1.52 deaths per million inhabitants. This is among the ‘four best results’ for countries in the world (behind the Netherlands, Ireland and Sweden – a country that has never had any kind of formal lockdown).

One aspect nonetheless does ‘stick out’ – the fact that Portugal, as one of the world’s most highly vaccinated countries, still has a very high rate of daily infections. Indeed, it is 5th in line for countries with the highest rates of infection. The table is led by Cyprus (a country that requires businesses to run mandatory vaccine checks on its employees), France (a country that is doing its utmost to enforce vaccines on its citizens), Denmark (a country that controls access to restaurants/ bars/ culture via the Covid Digital Pass, much like Portugal) and Greece (a nation that is starting to fine people over the age of 60 who have not take up the vaccines).

What shines through is that irrespective of numbers being vaccinated (all five countries are way above average in this regard), people continue in large numbers to become infected.

As the WHO remarked late last year, Omicron does indeed appear to be being powered by ‘young, healthy, vaccinated people’ (click here).

Nonetheless, the average daily numbers that go on to die are way down in Portugal this year when compared to last – showing the vaccines have radically altered the landscape.

In all the millions of vaccine doses administered last year, the national medicines authority flagged only 21,595 adverse reactions, including death in 116 elderly patients post vaccination.

The tally levels out at one adverse reaction per 1,000 inoculations.

Just under 7,000 (6,939) of the reactions were labelled “serious” (roughly 85% leading to those affected having to take time off work), but, say reports, Infarmed (medicines agency) “insists that adverse reactions are very infrequent”.

Most of them (10,993) referred to the Pfizer/BioNTech (Comirnaty) shots (which in the end have been the most administered over the last few months); followed by AstraZeneca (Vaxzevria) with 6,166, Moderna (SpikeVax) with 2,440 and Janssen with 1,878 adverse reactions.

In all, in this country of 10.3 million citizens, 19,648,216 doses have been administered – and this is increasing daily as booster shots work their way through the age groups.

Regarding the post-vaccination deaths registered last year, these were in people with a median age of 77.

Writes Infarmed: “The cases of death occurred in a group of individuals with a median age of 77 and do not necessarily presuppose the existence of a causal relationship between each death and the vaccine administered, occurring in normal patterns of morbidity and mortality of the Portuguese population”.