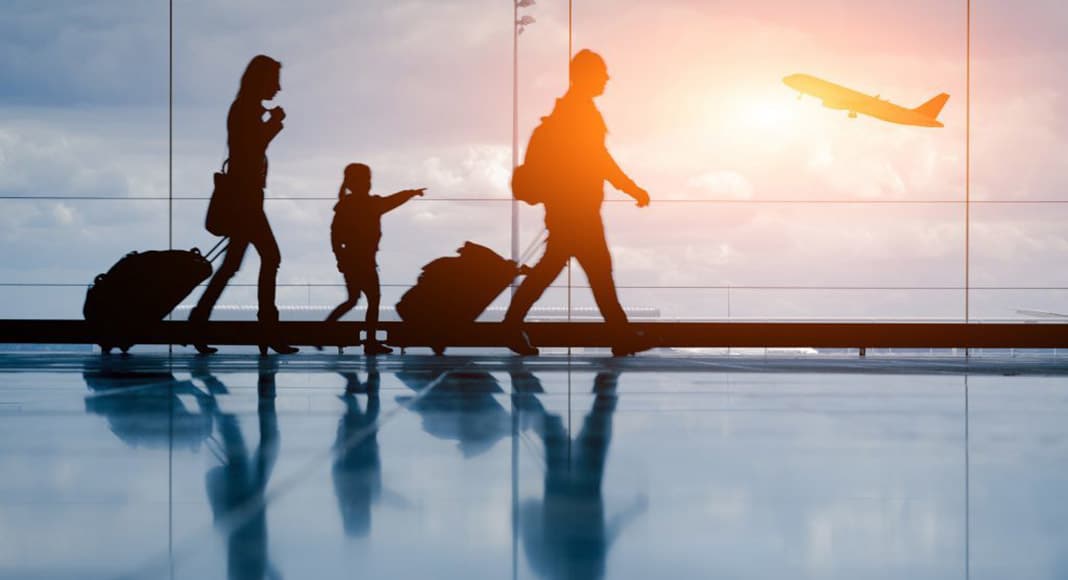 Yesterday’s meeting in Lisbon – to ‘discuss’ the siting of the new airport for the capital which politicians and the airline sector consider ‘crucial’ – seemed to be all about Magellan 500, the Santarém option.

Promoter Carlos Brazão – part of the consortium of business people which ‘came out of nowhere’ very recently – came out with the statement that the plan “could generate around 170,000 new jobs (“direct, indirectly and induced”).

What he really meant no-one seems to have bothered to find out: it simply became a catchy headline, like so much in this debate that has taken the subject (the apparent pressing need to construct a new airport for the capital) absolutely nowhere for years.

Carlos Brazão is part of the consortium, explain reports, that includes transport mogul Humberto Pedroso (who was a leading partner in the all-too-brief, all-too-catastrophic privatisation of ‘flagship airline’ TAP).

Somewhere in the brouhaha of the last few days’ reporting, Mr Brazão has been accused by mayor of Porto Rui Moreira as a property speculator. “Carlos Brazão has denied these interests”, says Jornal de Notícias.

But the scene is set: there are players within it with history/ possible real estate interests: this is turning into a battle not so much for the perfect location, but the location that would be perfect for certain people.

JN quotes Brazão as presenting himself as someone working “in the spirit of mission.

“A project like this will take, if all goes well, a few years, so I will have work for a long time and, if this is the last task of my life, I will end my active career with a huge sense of accomplishment and a huge sense of usefulness to the country”, he told his audience.

“Carlos Brazão further denied any political influence for the development of the project”, says JN.

The aspects that set the Santarém plan apart from the others gathering dust on the table is that it would not be a concession between the State and ANA Airports Authority, part of the French Vinci group. “We are totally open”, said Brazão.

The Santarém plan would cost around €1 billion – and it has already been established that the consortium behind it doesn’t even own the land yet.

It has however produced a slick promotional video, see below:

All in all, the plan is perhaps the least worked on of all the others under consideration: the ‘old chestnuts’ offering various permutations around Montijo/ Alcochete/ Ota and Alverca.

But it is powering forwards nonetheless.

Today, Lusa reports that Santarém borough council “has approved a “collaboration and partnership agreement” with Magellan 500.

“Approved unanimously at the meeting of the municipal executive on Monday and consulted by Lusa on Wednesday, the agreement, divided into two parts, establishes the conditions of collaboration to ensure the implementation of “necessary and appropriate actions to study, design, create and implement” the airport and its support infrastructures, and also for “additional investments” for support structures and access to “sustainable fuels”.

“The two parties to the agreement include several clauses to ensure the confidentiality of information exchanged”.

Magellan 500 owns the intellectual property rights to the project, so “it should not be provided or allowed to third parties, for competing purposes or other purposes of information or parallel study”. Nor can the municipality “promote, develop or allow other approaches with the same object with third parties”.

Santarém municipality commits to providing all the information requested by Magellan 500 “with a view to the study and licensing of the project”, namely on “territorial management instruments, statistical data, cadastral information”.

The exchange of information also covers “urban planning procedures, approved projects, projects under approval or with PIP [Prior Information Request] in the project implementation area, municipal projects under study or implementation in the same area”, committing both parties to “promote the study of the adequacy of territorial management instruments to the project”.

The municipality also commits to collaborate with the developers in the presentation of Project of National Interest (PIN) and the Declaration of Public Utility, among other procedures that may be necessary, as well as with the government entities in charge of developing a Strategic Environmental Assessment.

The project, albeit trailed in September, was presented publicly for the first time at the event  “New Airport: time to decide”, organised by the Economic and Social Council (CES) in Lisbon.

The Technical Commission that will carry out the strategic environmental assessment for the new Lisbon airport is to study five solutions and “may propose others if it sees fit”.

In other words, it may well be “time to decide”… but the decision will still take a great deal of time.

Says Lusa: “The Magellan 500 project foresees an initial capacity of 10 million passengers annually, allowing for a phased expansion of up to 100 million over 40 years.

“Developers point out the centrality and existing accessibilities as an advantage of the location, namely the proximity to the North Line and the A1 motorway.

In addition to the airport infrastructure, the project includes investments in production, storage and transport centres for hydrogen for aviation and renewable energy production parks, among others, with the promoters stressing that it is “essential” to use sustainable fuels “to reduce the project’s environmental impacts.

Elsewhere, critics have said Santarém is “just too far away from Lisbon” to be a viable option.