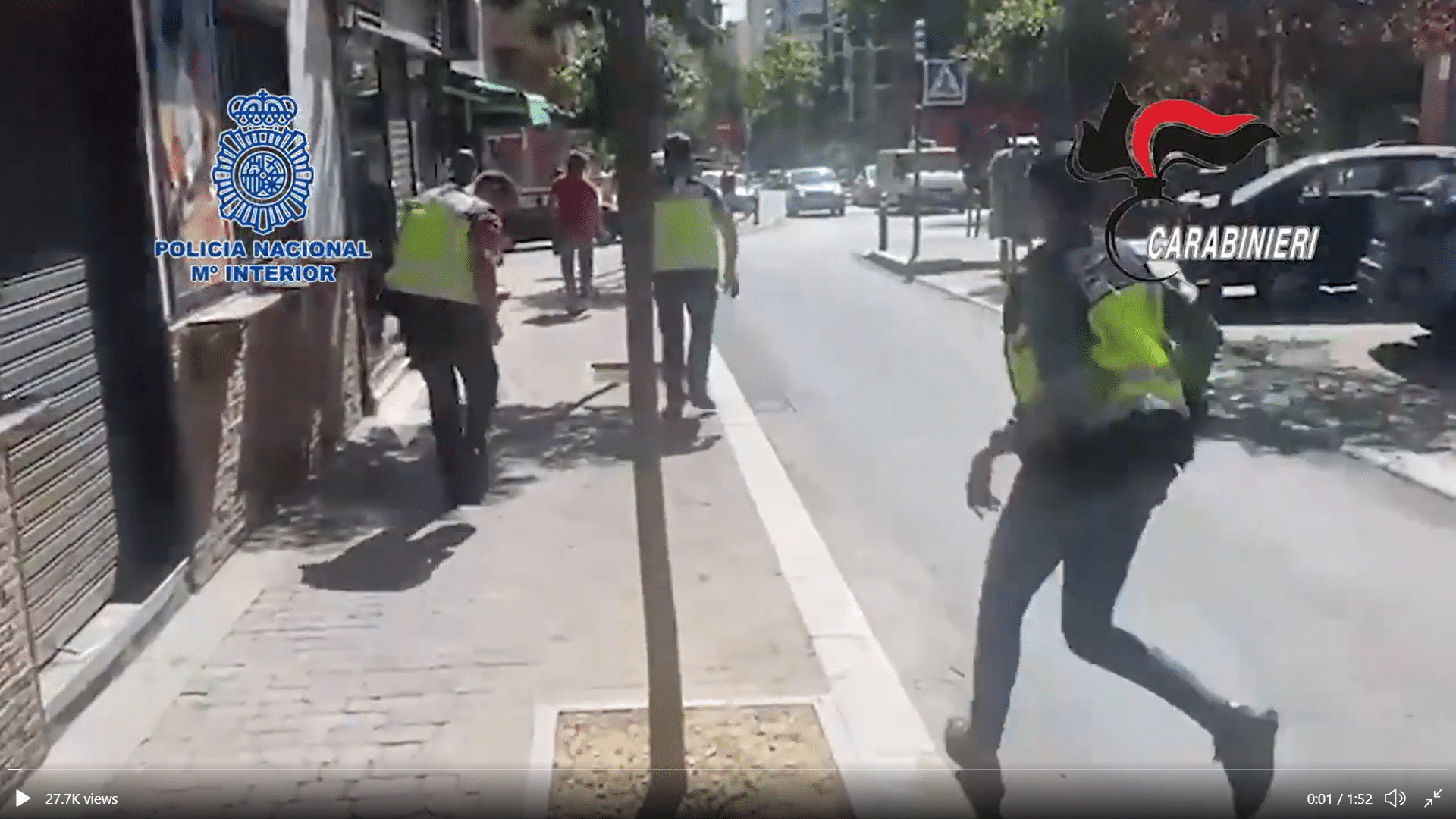 Spanish police have announced the detention of one of the ‘principal leaders’ of the Calabrian mafia – a 60-year-old man who had been living on false Portuguese identity papers since eluding jail (as a result of a technical error) two years ago.

Domenico Paviglianiti is being described today as “one of the most wanted fugitives in Italy”.

A video clip posted by Italian police shows the moment Spanish counterparts literally ‘sneaked up’ on him as he was walking down a street.

Known as the ‘boss of bosses’, Paviglianiti was sentenced in absentia in January to 11 years, eight months and 15 days for a series of crimes, including murder and criminal association with the aim of drug trafficking.

He had previously been sentenced in Italy to life in prison, reduced later to 30 years, for a series of murders and trafficking offenses dating from the 1980s.

An ‘error in calculating his sentence’ however saw him freed in October 2019, since when he has been trying to elude authorities intent on his recapture.

Police believe that Paviglianiti is the head of a clan of the ‘Ndrangheta crime syndicate which operates around the world, powered by revenue from the trafficking of cocaine, from a base in villages within  Italy’s Calabria region.

The ‘Ndrangheta has amassed power in Italy as the Sicilian Mafia has declined.