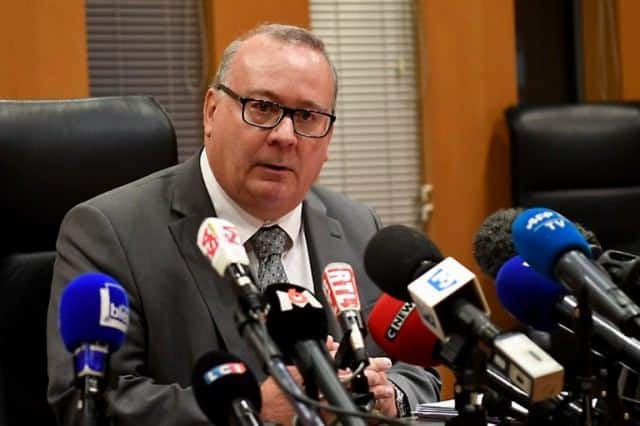 The tragic disappearance of a little girl with Portuguese roots from a wedding party in France almost four months ago has taken on horribly sinister connotations.

With the body of nine-year-old Maëlys still missing and her parents “hostages” in the misery of not knowing what happened to her, the suspect that police have behind bars is now being linked to at least six other unsolved disappearances and murders in the area, including the shooting of the British al-Hilli family and a French cyclist in the Alps in 2012 – a case that hit the headlines for multiple reasons.

Initially, there was talk of secret service involvement in the attack on a mountain road near the southern end of Lake Annecy on the basis that the father involved, Saad al-Hilli, had previously been an engineer on sensitive topics in Iraq, while cyclist Sylvain Mollier had links to the French nuclear industry.

Twenty-two 7.65mm cartridge cases were found at the scene fired purportedly by a pre-World War II Po6 automatic pistol, which led police at the time to suspect a professional hit, possibly by someone with a military background. Their reasoning was that the gun used to be issued to the Swiss Army (in the 1920s-30s).

Then there suspicions of a family feud between the al-Hilli brothers surfaced, something the surviving brother always refuted.

In the end, investigators were forced to admit that the killings could simply have been random, the work of a “lone and psychologically disturbed killer”.

The massacre was all the more poignant as it left one of the al-Hilli children fighting for her life with serious head injuries (police believe she owes her survival to the fact that the killer “ran out of bullets”) and the other unharmed, found eight hours after the slaughter, hiding under the legs of her dead mother (the child had kept deathly quiet even after French gendarmes arrived on the scene).

Both children have since been given new identities, and according to their uncle in a follow up story published this year, they are “doing well”.

But now, after all this time, comes the possibility that Maëlys’ disappearance all those weeks ago from a party perhaps an hour’s drive away could be the work of the same killer.

Police appear to have no doubt that the little girl is dead, it is simply a question of finding the body.

The suspect, a former soldier, has consistently denied that he kidnapped Maëlys or indeed subsequently killed her, but earlier this week he was taken from his prison cell in Saint-Quentin-Fallavier to be interrogated over another mystery disappearance.

Nordhal Lelandais has since been charged with the murder of army corporal Arthur Noyer, who disappeared last April, and whose crushed skull was discovered by a walker in September.

The geographical ‘link’ in this story is the town of Chambéry – close to all the incidents, and to the home Lelandais’ shared with his parents.

Then there is the circumstantial evidence: Lelandais’ having Maëlys’ DNA in his car, washing it with strong detergent afterwards, being photographed with a “small white shape” in his car around the same time the child went missing, researching “human body decomposition” following Noyer’s disappearance, having a history of domestic violence, being a former soldier, etc, etc.

As Chambéry prosecutor Thierry Dran has told reporters, police are now looking at “all the disturbing disappearances which have taken place in this region”.

It is simply a question of how far they go back.

Lelandais is only 34 now. He would have been 29 when the al-Hilli family and Sylvain Mollier were slaughtered.

Other unexplained disappearances include Adrien Fiorello, 22, who disappeared in 2010 from Savoie (just a ‘few kms from Lelandais’ home’, reports French television station France 3), Estelle Mouzin, a nine-year-old (almost the same age as Maëlys) who went missing on her way home from school in 2003, Jean-Christophe Morin, 23, who vanished from an electro-festival in 2011, Ahmed Hamadou, 45, known to Lelandais, also missing from the same festival one year later, and Adrien Mourialme, 24, a Belgian cook reported missing last July.

As French reporters explain, the number of unexplained missing persons cases in this mountainous area easily reaches 10 – and as investigators widen their net, the families left behind are starting to demand the right to question Lelandais about their missing loved ones.

Photo: Grenoble’s prosecutor Jean-Yves Coquillat answering reporters questions after Lelandais was formally charged with Maëlys’ kidnapping and murder. Coquillat said at the time: “This affair will never be completely resolved until we find the child. But it’s not certain we will”.