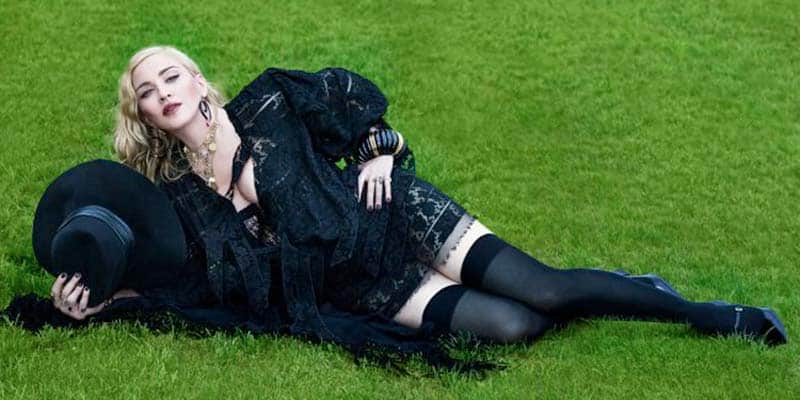 Already said to be disenchanted with Portugal and planning to head home, pop diva Madonna got a veritable ‘kick in the teeth’ this month over plans to film herself ‘interacting with a horse’ in an 18th century palace.

Sintra mayor Basílio Horta well and truly put his foot down, saying “there are some things money can’t buy.

“Under no circumstances would I ever allow a horse into a palace”, he told reporters afterwards.

The situation started generating a stink after Sintra town council refused the star’s request for permission to film one scene of a videoclip inside Quinta Nova de Assunção, in Belas.

All the other requests for access were granted. But the sticking point came over the horse – and the council’s intransigence is said to have led to Madonna “to the brink of a nervous attack”.

Over the weekend, tabloid Correio da Manhã published messages said to have been exchanged between Madonna and her agent in London.

“Sorry my queen… I been doing my best. I called a lot of people and texted everybody…” said the text from the agent.

Madonna’s purported reply was: “I gave so much to this country already and when I ask for a simple favour, in fact to show Portugal to the world, the answer I get is no! This is your fault as you convinced me to move here!”

Whether these really are the text messages they purport to be, one thing is clear: Sintra council sought the advice of ‘experts’ who concluded that the quinta’s wooden floors, with their ‘air spaces’ beneath them, were unlikely to support the weight of a horse.

Mayor Basílio Horta was actually more concerned over how the floors would look afterwards, not whether they survived the hefty hoof intrusion.

“Madonna is an artist”, he agreed. “But the palace is for everyone and is not to be ruined”.

And that was that.

Even purported threats that prime minister António Costa would be called to intervene did nothing to change Horta’s final stand.

What is not so clear is whether Madonna got her scene another way.

Says CM, “the truth is that despite being advised (about the council’s refusal) the singer did in fact take a horse into the quinta, possibly in an attempt to get round the situation”.

How that turned out we may well see when the videoclip, Indian Summer, is finally made public.

But by then Madonna may be long gone. Says VIP online website, the ‘war’ with Hora involved police being called and the star deciding to ‘abandon Portugal’, possibly ahead of schedule (click here).