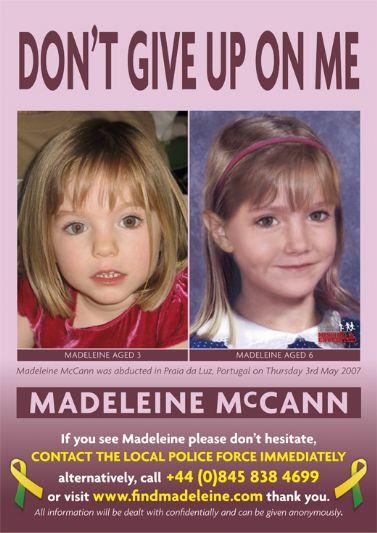 A millionaire widow has vowed to help the hunt for Madeleine McCann after her luxurious yacht was linked, and then dismissed, to the latest developments in the disappearance.

The McCanns’ private investigators last week revealed that a witness had come forward with information about an Australian woman he spoke to in Barcelona near the Port Olympic Marina three days after the disappearance of Madeleine.

The woman asked the man: “Are you here to deliver my new daughter?”

Rhonda Wyllie’s 105ft yacht was the only Australian-registered boat in Barcelona’s Port Olympic Marina on May 6. It has not been suggested that Mrs Wyllie is connected to the disappearance of Madeleine but the investigators wish to speak to the crew who were aboard that night.

Rhonda Wyllie is said to be devastated that her yacht has been linked to the disappearance of Madeleine and has said she will do anything she can to assist the private investigators and police in their search.

Since an artist’s impression of the Australian woman was revealed, they have received 600 calls.

Judith Aron from Victoria, Australia, was named as a match for the image but she said she has not left Australia for years as she has been looking after her sick father since 2000.

The two British witnesses who spoke to the Australian woman, who did not want to be identified, were on a stag weekend when they saw the woman in the Port Olympic Marina at about 2am on May 7.

She was said to look agitated as she walked up and down outside the El Ray de la Gamba restaurant for 10 minutes and it appeared as if she was waiting for someone.

The ‘Victoria Beckham lookalike’ was approached by the first British witness and she mistakenly thought it was the man she had arranged to meet. She asked “Are you here to deliver my daughter?” and as the man was so shocked at the question, she repeated it a further two times.

This led the private detectives to believe that this woman may be a significant link to Madeleine’s disappearance.

The woman, who was described as short and slim, is estimated to be around 30 – 35 years old with short brown hair. She was wearing expensive looking jeans and a jersey top in a pastel shade. She is also believed to be fluent in Spanish.

The McCanns’ family spokesman Clarence Mitchell said: “We want the public’s help to identify someone. We are making an appeal based on new information.”

Madeleine vanished from her family’s rented holiday apartment in The Ocean Club resort in Praia De Luz on May 3, 2007.

She has not been seen since despite a series of appeals from her parents who have vowed never to give up the search for their daughter.