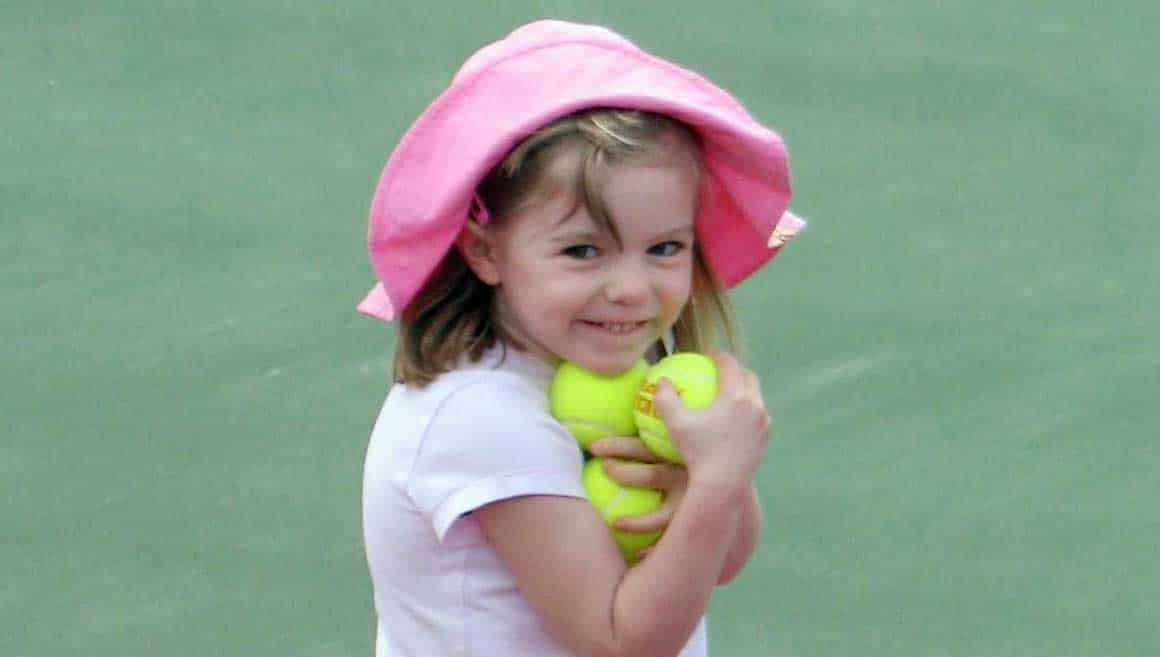 Operation Grange is expected to be shelved this autumn.

Madeleine McCann has been making headline news internationally yet again as the London Metropolitan Police investigation into her disappearance is reportedly going to be shelved this autumn.

I wonder if the Met’s Operation Grange has been deeply flawed from the very start and could that have something to do with the British ‘establishment’, a network that is said to include top politicians, billionaire newspaper owners and some leading police officers? But now we’re getting into the realm of speculation. Let’s not go there. Let’s stick with some of the facts as we know them.

The UK charity Missing People says that 140,000 people go missing in Britain every year. That’s 383 a day. Two thirds of the cases examined by the charity are under 18 years-of-age. So, why did the British government, diplomats and certain other influential individuals immediately give unprecedented support to the parents of this particular missing child? That’s the first of many fundamental questions that need answering.

The review and investigation conducted by Operation Grange, a special unit set up within London’s police force more than a decade ago, was always destined to fail, according to a well-known, distinguished London detective who said he would not get involved in the case because the official remit of Operation Grange was to investigate the “abduction” in the Algarve as if it had taken place in the UK. Why such a limited remit when suspicions hovered over Madeleine’s parents and while there was very little credible evidence that Madeleine had been abducted?

Why was Operation Grange told to turn a blind eye to the possible criminal involvement of Madeleine’s parents or their holidaying friends, which is the normal starting point in missing children’s cases? If neither the parents nor friends were involved, which may indeed be so, a standard investigation including them would have cleared their names, which the Portuguese police probe has never done.

Why did such a limited investigation, which followed the review launched in May 2011, carry on and on with British Home Office approval at a cost to British taxpayers that has reached £13 million? That’s over €15 million or more than $16 million.

Why have the British news media – especially the ‘red-tops’, but also some of the ‘quality broadsheets’ – become so biased and sycophantic in their reporting by always referring to Madeleine’s “abduction” without adding a word such as “alleged” or “suspected”, and without questioning other possibilities? Why has The Sun, owned by the American-based billionaire Rupert Murdoch, been so privy to the little information dribbling out about the Operation Grange investigation? And why has the British press long been castigating the Portuguese police and implying that the peaceful resort of Praia da Luz was a den of iniquity, an insult that the local residents emphatically deny?

Has Operation Grange ever properly considered that Madeleine may have disappeared several days before her parents raised the alarm on May 3, or did that exceed their remit? A private research project carefully examined local weather conditions during the week of the McCanns’ holiday. The analysis concluded that the date and time of the so-called “Last Photo” on a camera used by Kate McCann must have been doctored. There had been plenty of time to make fake changes because the camera and photo were not presented to the Portuguese police for examination until May 24, a couple of days after Gerry McCann returned from a short visit to the UK. Operation Grange was fully informed about all this, but to no avail. Why?

Convicted paedophile Christian Bruckner and his lawyer have totally denied any involvement, yet German prosecutors claim they are 100% certain that Madeleine is dead, and that Bruckner killed her. But if they had such certainty, why have they not charged him? The German authorities did not share whatever evidence they had with Operation Grange who insist they do not know whether Madeleine is alive or dead. “It seems extraordinary our officers are so much in the dark,” said a former senior Met officer. “It begs the question, why we are still bothering to run an inquiry if the Germans are so dominant?”

Among the other things Operation Grange has showed no interest in is the remarkable offer by Dr Mark Perlin, chief scientist and executive of an American company, Cybergenetics, which is reputed to have the world’s most advanced equipment and methods to examine and identify DNA samples. Asked by an Australian news outlet if he could help in the Madeleine case, Dr Perlin said he would gladly analyse forensic samples found by specialist dogs in the McCanns’ holiday apartment and in a car they had hired 25 days after the reported disappearance. He said he could decipher 18 previously unsolvable DNA samples dating back to 2007.

A now defunct laboratory in the UK had been unable to come to any proper conclusions about them. Despite the lapse of time, Dr Perlin was optimistic that if the samples were sent to him, he and his team could accurately identify the DNA in less than a fortnight. He offered his services to Operation Grange free of charge, but he got no response. Dr Perlin extended the offer to Gerry McCann, but he did not respond either. Again, one wonders why.

Neither the British Home Office nor anyone else connected with Operation Grange have been open and transparent about the limited investigation, but questions about it will not go away because the operation is widely perceived – rightly or wrongly –  as having been a sham, some sort of cover-up.

Surely the public, who have long been fascinated, if not obsessed, with the most discussed and reported missing person case in history, should be allowed straightforward answers to reasonable questions.

The Portuguese people offended by British news reports and Operation Grange visits to Praia da Luz, and the British taxpayers who have funded the investigation without any say in the matter, deserve honest explanations. Most of all, Madeleine deserves justice.