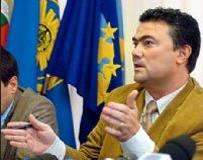 A PORTUGUESE police union leader has said that the PJ now has more important problems than finding Madeleine.

Carlos Anjos, who heads the Portuguese criminal investigators union, was speaking in response to comments made in a radio interview by the director of the PJ, Alípio Ribeiro, who said that the authorities had acted hastily in making the McCanns arguidos.

“We heard the director’s explanations and we are going to continue to try to clear things up duly. The subject should be discussed internally and not in the newspapers,” said Carlos Anjos.

” There are bigger problems in the PJ than the Maddie case, with all the respect it deserves. But I am certain that all of my colleagues involved in the investigation are doing everything they can to discover what happened.”

Meanwhile, the McCann’s official spokesman Clarence Mitchell told British breakfast television channel GMTV that the comments made by Carlos Anjos were “not helpful”.

He also said that finding Madeleine, or finding out what had happened to her, remained the biggest concern of her parents and that the family had not heard anything official about the case being closed.

“We have heard nothing officially that the case was to be shelved but we want the police to maintain this case as an active case,” he said, adding: “We want Kate and Gerry to be eliminated from the inquiry and want the police to work with our own investigators to find out what happened.” 1″>news