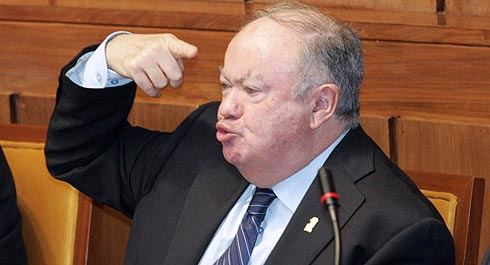 Investigation || Three years ago it came as a “bombshell” that even threatened the terms of Portugal’s troika bailout, but now the shocking case of billions of euros worth of regional government overspending in Madeira has been filed away, with no one taken to task.
A DCIAP investigation that has trolled through mountains of papers and quizzed over 50 people has concluded that there is simply not sufficient evidence against the five defendants suspected of fraud and prevarication on a monumental scale.
According to the words of the Public Ministry dispatch, the investigation was “unable to prove that the defendants had acted with the intent to cause damage”.
It is the kind of result that will delight the archipelago’s outgoing leader Alberto João Jardim. The statesman, who has navigated the icebergs of austerity with a veritable blowtorch, has always maintained that Madeira should be left to spend.
In the last 14 years, he has given the green light to over €5 million in spending, just on Madeira’s traditional street festivities and firework displays.
And in July this year, he dramatically declared that his home region wanted “nothing to do with austerity, nor national unity”.