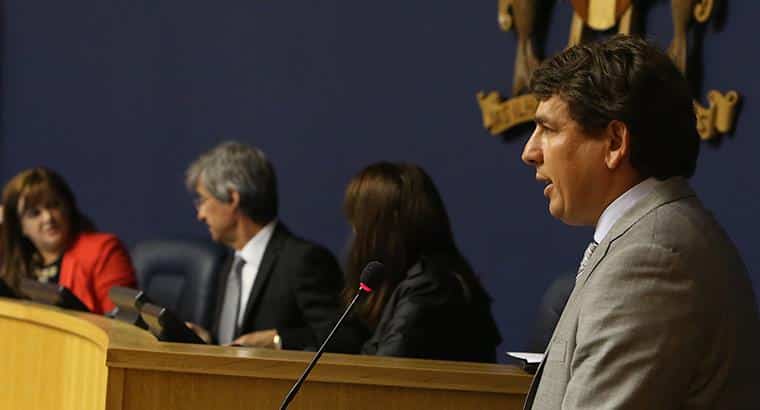 The week has not been kind to two Madeiran politicians.

One has just been denounced for fleeing an Operation Stop to the extent that pursuing police were forced to shoot twice in to the air, to force him to obey their orders and pull over.

Say reports, Luís Miguel Calaça (PSD) was not simply inebriated. In his haste to escape police equipped with breathalyzers, he narrowly missed running one over.

The former president of a local parish council, and current member of Funchal municipal assembly has said following a court appearance: “I assume, as I have done throughout my personal and professional life any and all responsibility the stems from my actions”.

For now, Calaça has received the lightest form of bail term as ‘justice’ takes its course.

But events for Socialist MP Avelino Conceição are still unfolding since he appeared on an incriminating clip uploaded over social media, “exhibiting his private parts”.

Says tabloid Correio da Manhã, Conceição has found himself “involved in a sexual scandal that is shocking the island of Madeira”.

Indeed, one reader has remarked that if politicians were “more committed to their jobs they wouldn’t have time to do things that just embarrass the island”.

But embarrassment is not the only problem. Jornal de Madeira reports that some of the island’s Socialist figureheads think Conceição should go.

“Should this MP leave the legislative assembly of Madeira and all the responsibilities he occupies”, queried one who has apparently chucked his party membership, as here, Correio da Manhã, says Conceição has filed a complaint with the PJ “against persons unknown” for uploading the incriminating two minute seven second slice of film online.

As far as the Resident can tell, the clip has long since been removed.

It appears to refer to an incident four years ago. At least that is what the MP is saying today, as he offers his ‘apologies’ to his party, with no hint of any intention to ‘stand down’.

In a statement released this afternoon, the long-term MP said: “In spite of this lamentable episode, it’s important to point out that I have always exercised my public activities with the maximum seriousness and professionalism.

“I accept without reservation that this matter requires moral condemnation but its use and public exposure constitute a violation of the right to privacy, which is why I have presented a complaint to the judicial police”.