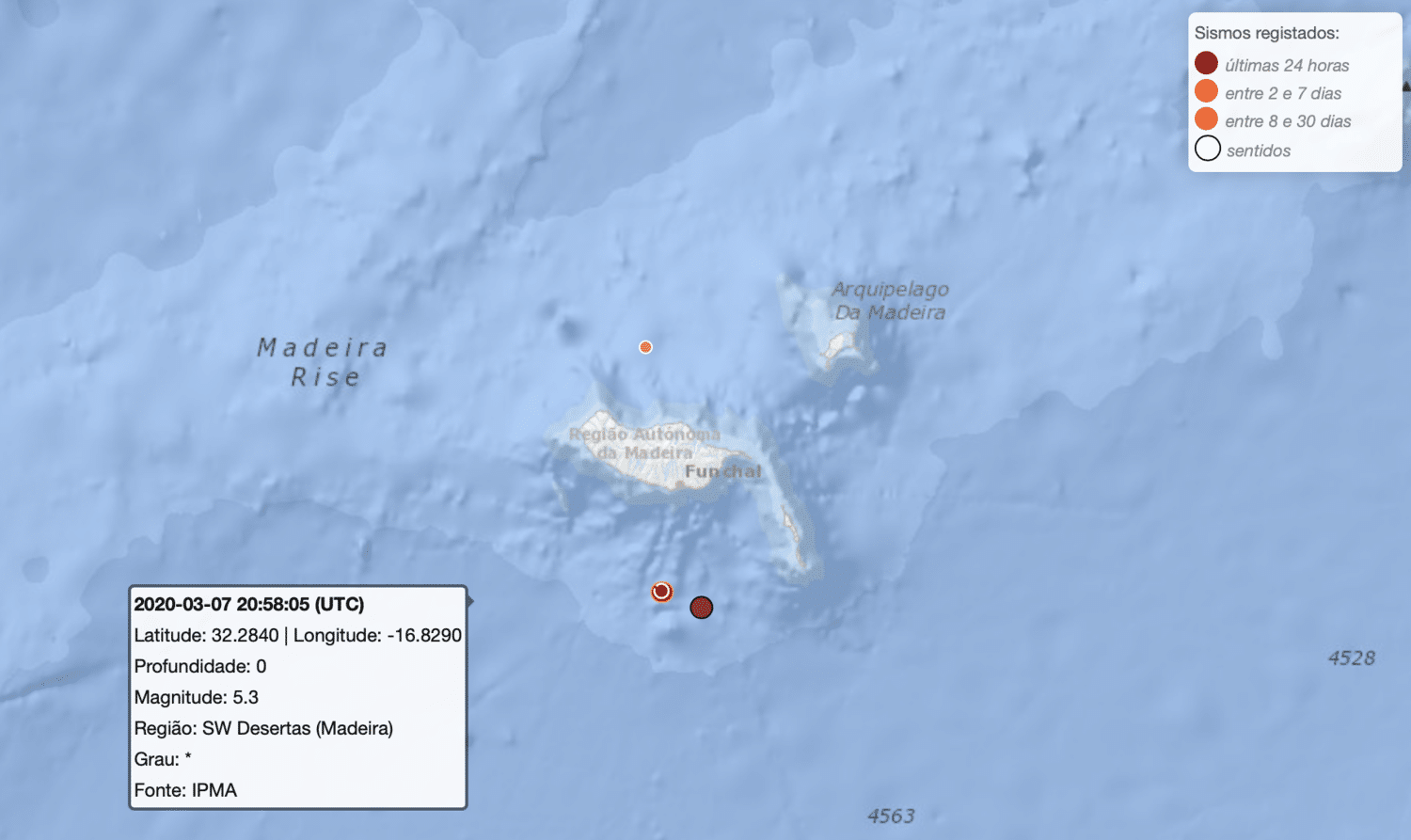 Madeiran residents rushed into the streets in panic last night after a quake measuring 5.3 on the Richter Scale sent everything ‘shaking’ a few minutes before 9pm.

Said one: “I have never seen anything like it in 40 years! Everything rattled for seconds. Things fell in the house. I went to the veranda and the neighbours were already in the street…”

Fears were that aftershocks could have brought even more – or that the tremor, with an epicentre 40 kms out to sea south of Funchal, could have triggered a tsunami.

But so far, so good. There have also been no record of any injuries, or ‘major damage’, though three regional roads remain shut today and four others have traffic ‘conditioned’.

Repairs will be going on throughout the course of the week.

Explain reports, the tremor was most strongly felt in the boroughs of Funchal and Santa Cruz, with lesser effects in more northerly boroughs.

According to the European Mediterranean Seismological Centre, the quake had a depth of five kms (3.11 miles).

It follows a 4.9 quake just over a week ago (epicentre 280 kms north) and smaller quakes earlier in February.

To keep an eye on seismic activity around the archipelago, see ipma.pt