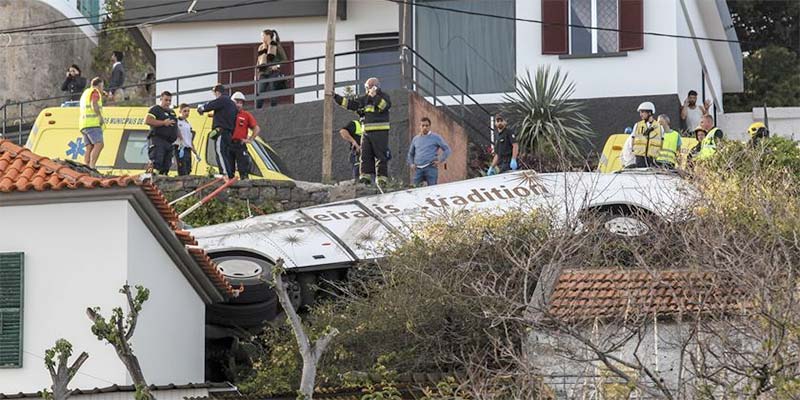 The Portuguese driver of the tour bus that ‘careered into a ravine’ in Madeira in April, killing 29 people on board has been formally accused of 29 crimes of negligent homicide and three crimes of offences to physical integrity through negligence.

The horror – which took place as those on board were being driven from their hotel for an evening meal – was splashed over the international press (click here).

All the fatalities were German nationals, and there were 27 further casualties, some of them Portuguese locals.

At the time it was believed the bus may have suffered some kind of technical fault.

“It was even suggested that the driver tried to avoid falling into the ravine by driving the vehicle against the curb and wall”, writes Diário de Notícias. However, mechanical examination “indicated the vehicle had no problem that could have caused the accident”.

As DN explains, the statement put out to the press yesterday did not go into any details about what particular evidence led to the accusations now facing the driver.

He is described as 55 years old, and “experienced”. At the time of the accident, he was working for SAM (Sociedade de Automóveis de Madeira), which was in the service of the Travel One agency.