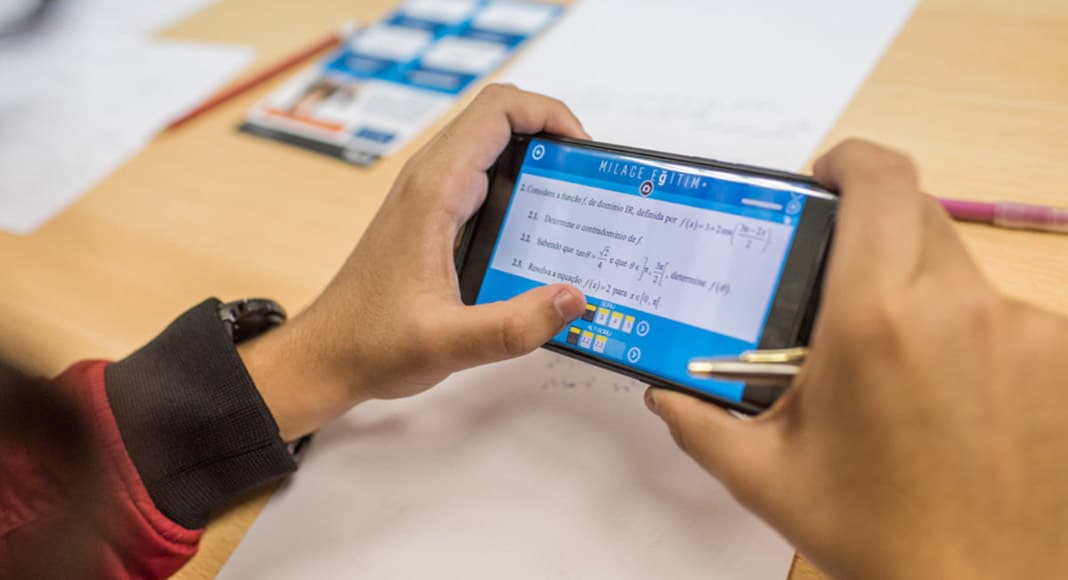 A ‘made-in-Algarve’ mathematics app has succeeded in its objective of making learning ‘fun’.

In all 50,000 children have downloaded Milage – the brainchild of IT lecturer at University of Algarve Mauro Figueiredo.

Says Expresso, it is enthusing not only teachers and pupils in Portugal, but those in countries like Spain, Cyprus, Germany, Norway and Turkey.

Figueiredo says the app developed from ideas he had “even while I was at school”.

The idea is to get schoolchildren to learn to use technology in a very ‘pedagogic’ way.

In other words, they write down the answers to files and exercises they find online, and then take screenshots of their work, upload them onto the platform and check ‘immediately’ to see if they have the answers right.

The ‘fun’ is in ‘gaining points’ as they go, and advancing up Milage’s ‘ranking’.

Says Expresso, this is the point where children ‘don’t see the problems put before them as homework’ but more as a ‘healthy competition’ against colleagues.

The fact that Milage is ‘free’ simply adds to its allure and is now finding teachers using it for ‘other subjects’ beyond maths.

Says Figueiredo, it’s a form mixing distance learning with regular classes – what he calls ‘blending learning’ – and allows users to work at their own rhythms, learning as they go.

Milage has already led to the creation of prizes for pupils who ‘excel’, and has been ‘recognised’ as a support tool by the education board (Direção Geral de Educação) and national Erasmus+ programme. But Mauro Figueired is already looking to the future, says Expresso.

The Algarve lecturer is focused on promoting Milage overseas and initiating contacts with schools in France and the United States.

His plan is “accompany pupils of the 21st century and teach them in the best way possible”.