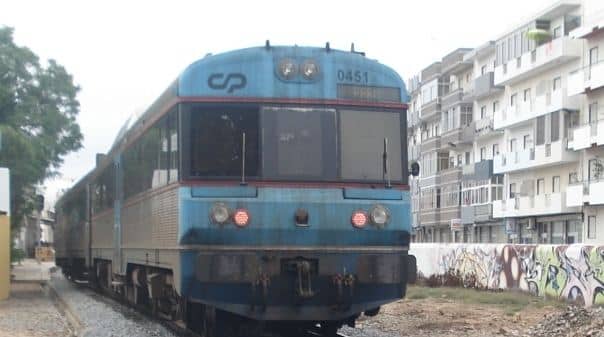 Two women had a miraculous escape from serious injury after a train ploughed into their Peugeot 206 as it crossed a level crossing in Olhão on Wednesday morning.

The accident happened around 8am when the sun’s rays were shining directly into the driver’s eyes.

The woman explained that it was because of this that she missed the fact that the barriers were down, and kept on driving.

Witnesses say they heard an ‘almighty crash’ and saw the car rammed against a brick wall.

“The car was in pieces and the wall was destroyed”, 56-year-old Marta Santos told Correio da Manhã.

But incredibly the 65-year-old mother and her 43-year-old daughter inside emerged relatively unscathed.

The pair regularly make the journey to their jobs in the town’s port area, added the paper – saying they were both taken to hospital as a precaution.

Their extraordinary escape was put down to the fact that the train “was already slowing down, as it was due to stop at the next station”.