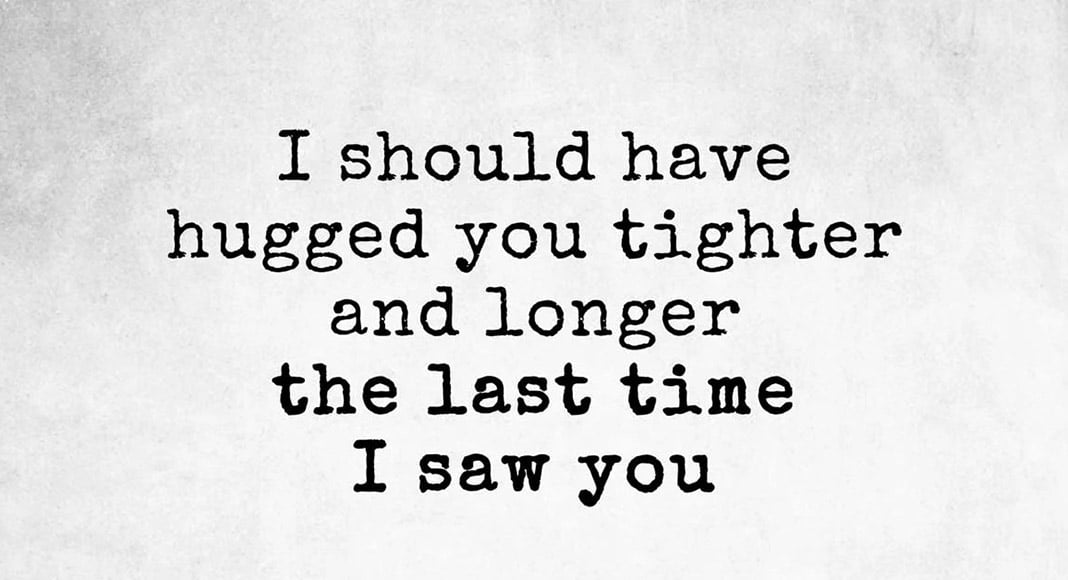 Is it just me? No, for once, it is all of us. So much for “Feliz Ano Novo”! When I wished everyone a Happy New Year on this page back in January, no one had heard of Covid-19 and the coronavirus was a distant speck on the Chinese horizon, confined to the remote Hubei province.

Who would have thought that occasional reports of the outbreak of a respiratory influenza from the capital Wuhan at the time would come to dominate headlines worldwide only three months later as a deadly pandemic, unparalleled in recent times, sweeps the globe accounting for more than 17,000 fatalities, over 10,000 in Europe alone, as I write – and that number is still growing exponentially with countries previously unaffected being drawn into this 21st century nightmare.

The effect on the Algarve, primarily a holiday destination, has been dramatic, with short- to medium-term consequences set to become potentially devastating. The closing of Portugal’s land border with Spain coupled with the virtual elimination of all incoming and outgoing flights other than for repatriation purposes was swiftly followed by the shut-down of most hotels, restaurants and all bars and cafés as well as calling a halt to all leisure activity, effectively cutting off the region’s lifeblood.

Whereas the Portuguese authorities have taken necessary and relatively swift preventative action in the aftermath of the Italian disaster – the ‘Boot of Europe’ is under martial law suffering with 60,000-plus infection cases, well over 7,000 resulting in death – other countries were slower to react, Spain and France in particular currently paying the price for prevaricating.

In denial for even longer, the Boris Johnson and Donald Trump-led governments of Great Britain and the United States, look set to face insurmountable adversity during the coming weeks with the situation worsening drastically from day to day in both countries.

As former Portuguese prime minister and current United Nations General-Secretary António Guterres called for a “global cease-fire in order to fight the common enemy” last week, it is worth reminding ourselves that this is not the first time mankind has endured such calamity other than during military conflict – and, uncannily, there are many similarities between today’s catastrophe and previous outbreaks of a similar nature.

Between 1338 and 1351, the Black Death or Bubonic Plague wiped out an estimated 200 million people, peaking in Europe during its final four years. Due to climate change (!) in Asia, rodents migrated to more populated areas spreading the disease. From China it progressed via the Silk Road trade route and merchant shipping to Constantinople and European seaports, Genoa and Palermo in Sicily in particular.

By June 1348, it then spread east and north through Germany, Scotland and Scandinavia. It was introduced into Norway in 1349 and Iceland, finally reaching north-western Russia in 1351. The plague was somewhat more uncommon in parts of Europe with less developed trade, including the majority of the Basque Country, isolated parts of Belgium and The Netherlands as well as Alpine villages throughout the continent.

Economically, as a consequence of the massive population decline, wages soared in response to labour shortages and landowners saw themselves forced to substitute monetary rents for labour-in lieu in an effort to keep tenants. Socially, the plague brought about a shift in the way the 14th century world viewed human beings, leading to the Renaissance movement in particularly badly-hit Italy, familiarity with death prompting thinkers to dwell more upon life on earth rather than spirituality and the afterlife.

Incidentally, the Black Death also gave birth to the word ‘quarantine’, Venetians increasingly forced into isolation spending 40 days – or quarantino – in their homes, a practice henceforth adopted in the Western world under similar circumstances.

More recently, the so-called Spanish flu – the first H1N1 virus – ravaged the five continents following the First World War, infecting 500 million people or 27% of the world’s population over two years, killing between 17 million and 100 million, and thus making it one of the deadliest pandemics in history.

To maintain morale, wartime censors minimised early reports of illness and deaths in Germany, Britain, France and America as opposed to neutral Spain, where extensive coverage gave rise to the false impression that Iberia was particularly hard hit – hence the term ‘Spanish’ flu.

A large factor in the worldwide occurrence of this flu was increased travel. Modern transportation systems made it easier for soldiers, sailors, and civilian travellers to spread the disease. The H1N1 virus made a return in 2009 when Swine flu infected up to 1.4 billion people worldwide – more in absolute terms than the earlier ‘Spanish’ variety. However, with ‘only’ between 150,000 to 575,000 fatalities, it was less deadly and declared officially over in August 2010 by the World Health Organisation.

Before that outbreak, the world was hit by the Asian flu, lasting from 1956 to 1958, and causing around two million casualties. Once again, it originated in China, advancing to the US and mainland Europe via Singapore and Hong Kong. Scientists believe a genetic mutation in wild ducks combined with a pre-existing human strain was responsible, and a vaccine was developed in 1957 to contain the pandemic.

But enough of history, and let us return to our extraordinary present-day lives in the sunny springtime Algarve. They say absence makes the heart grow fonder, and there is no better example than the enforced social isolation we are all currently experiencing. Much maligned by some, social media such as Facebook or Twitter is bringing us, the community, closer together.

The usual superficial greetings at the customary drinking holes have been replaced by genuine outpourings and concern in the virtual world. My ‘friends’ list has doubled within a week and I find myself ‘talking’ about real things to people who had previously remained strangers. That very British aloofness – my Portuguese acquaintances have never suffered from that – has disappeared; we share and try to help each other.

I have also started keeping the expatriate community up to date with ‘hard’ news as the crisis evolved, something which has been very well received, and the online quiz which has replaced my weekly live events has been met with an overwhelming response.

Elbow bumps, low fives and distant waves have been replaced by real communication during these strange times, and much as the aforementioned Italian Renaissance – literally rebirth – redefined values, I strongly feel that we will return as better people at the end of this unfortunate chapter in our lifetime.

“It was the time when they loved each other best, without hurry or excess, when both were most conscious of and grateful for their incredible victories over adversity. Life would still present them with other mortal trails, of course, but that no longer mattered: they were on the other shore.”

By Skip Bandele
|| features@algarveresident.com
Skip Bandele moved to the Algarve 20 years ago and has been with the Algarve Resident since 2003. His writing reflects views and opinions formed while living in Africa, Germany and England as well as Portugal.