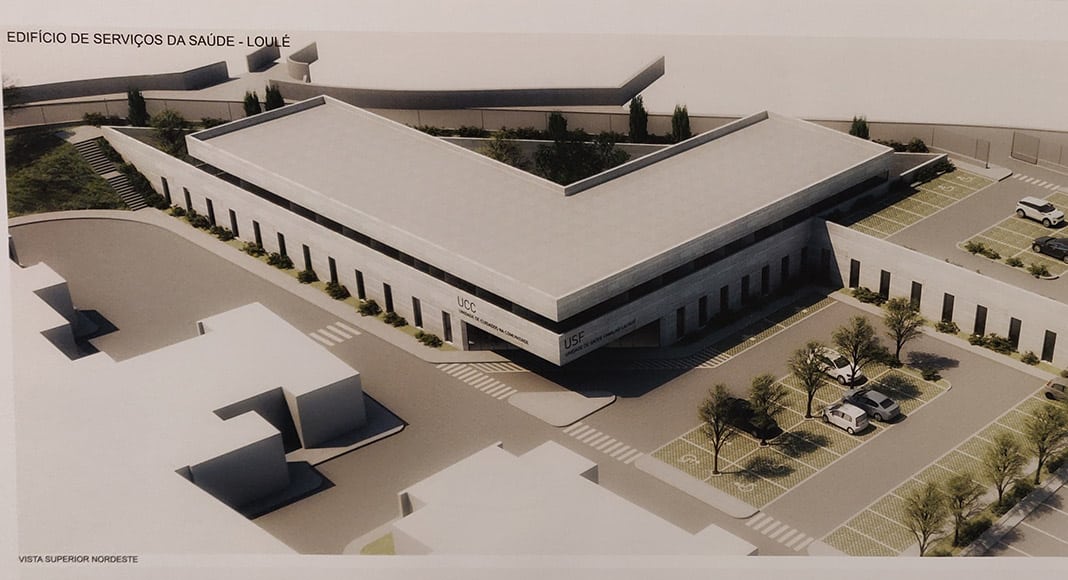 Loulé Council has launched a €5 million public tender for the construction of the borough’s new public health building, which will bring together several health services including Portugal’s first “university health centre”.

The facility will be built a stone’s throw away from the town’s existing health centre and will boast “first-class conditions”, the council said at the time the project was announced. It will also serve as a training ground for trainee doctors.

Apart from the university health centre, the facility will also incorporate the town’s family health unit ‘USF Lauroé’, which presently provides medical care to 13,700 people albeit in “degraded facilities”, as well as the community care unit ‘UCC Gentes de Loulé’, which will benefit from “more ample and modern facilities”. It will also include the headquarters of the Central Algarve health centre group (ACES Central).

Around €5 million is being invested in the project, with the council covering 65% of the cost and the government the remaining 35%. Construction is expected to last two and a half years.

Loulé Mayor Vítor Aleixo has dubbed the launch of the tender as a “decisive step towards creating an infrastructure that responds effectively and quickly to the needs of the population of Loulé and the central Algarve area.”

He added: “This investment is yet another contribution to reinforce our National Health Service”.