Loulé Council has announced an “alternative” Carnival entertainment programme to make up for the cancelled parade that the borough is so famous for. Festivities begin on Thursday (February 24) and will continue until March 3.

Entitled ‘Carnaval de Loulé a fugir do bicho’ (Loulé Carnival running away from the bug), the goal is to breathe some life into the town and help local businesses which would normally benefit from the thousands of visitors that the Carnival parade attracts every year.

Like last year when the parade was also cancelled, the busy Avenida José da Costa Mealha will host two Carnival floats which will be on display for everyone to see the “care and attention” that are put into the town’s Carnival creations.

The ex-boss of Portugal’s vaccination task force, admiral Gouveia e Melo, will be one of the stars of the display.

“In a creative and playful way, with a pinch of political satire, we will pay tribute to this man who was considered a hero in the fight against Covid-19,” says the local council.

Largo Afonso III will also host a float exhibition, while Cerca do Convento and Largo de S. Francisco will be decorated to bring the spirit of Carnival to Loulé.

This is all being done to remind people that “Loulé is the land of Carnival and that its parade is the oldest in the country, nearly 116 years old”.

Also planned is Loulé’s traditional Carnival ‘baile’ (dance) which will be held online at 9.30pm on February 28. Musical entertainment will be provided by Fora D’Horas who will perform live at Solar da Música Nova and will try to get people dancing from their homes, as the performance will be streamed on the council’s Facebook and YouTube pages.

A bus playing loud Carnival music will also be taking to Loulé’s streets on February 27 and March 1 to bring the “rhythm, colours, good mood and joy of Carnival” to locals and visitors.

Efforts are also being made to encourage people to shop locally. For every €10 spent at a local shop, a coupon will be handed out to enter a draw to win shopping vouchers. Meanwhile, local stores along Praça da República and Rua 5 de Outubro are being incentivised to decorate for Carnival.

Finally, a ‘Mercadinho de Carnaval’ (Carnival Market) will take place between 10am and 5pm on Saturday (February 26) and 2pm and 5pm on Sunday (February 27) along Avenida José da Costa Mealha. Local producers and artisans will be selling their products and crafts.

Carnival on wheels in Castro Marim
Elsewhere in the Algarve, Castro Marim has announced that it will celebrate Carnival “on wheels”.

In other words, a Carnival truck will be bringing a taste of the town’s usual Carnival parade to several locations between February 25 and March 1.

The goal is to promote active ageing and fight social isolation among the borough’s elderly population, which has worsened due to the pandemic. 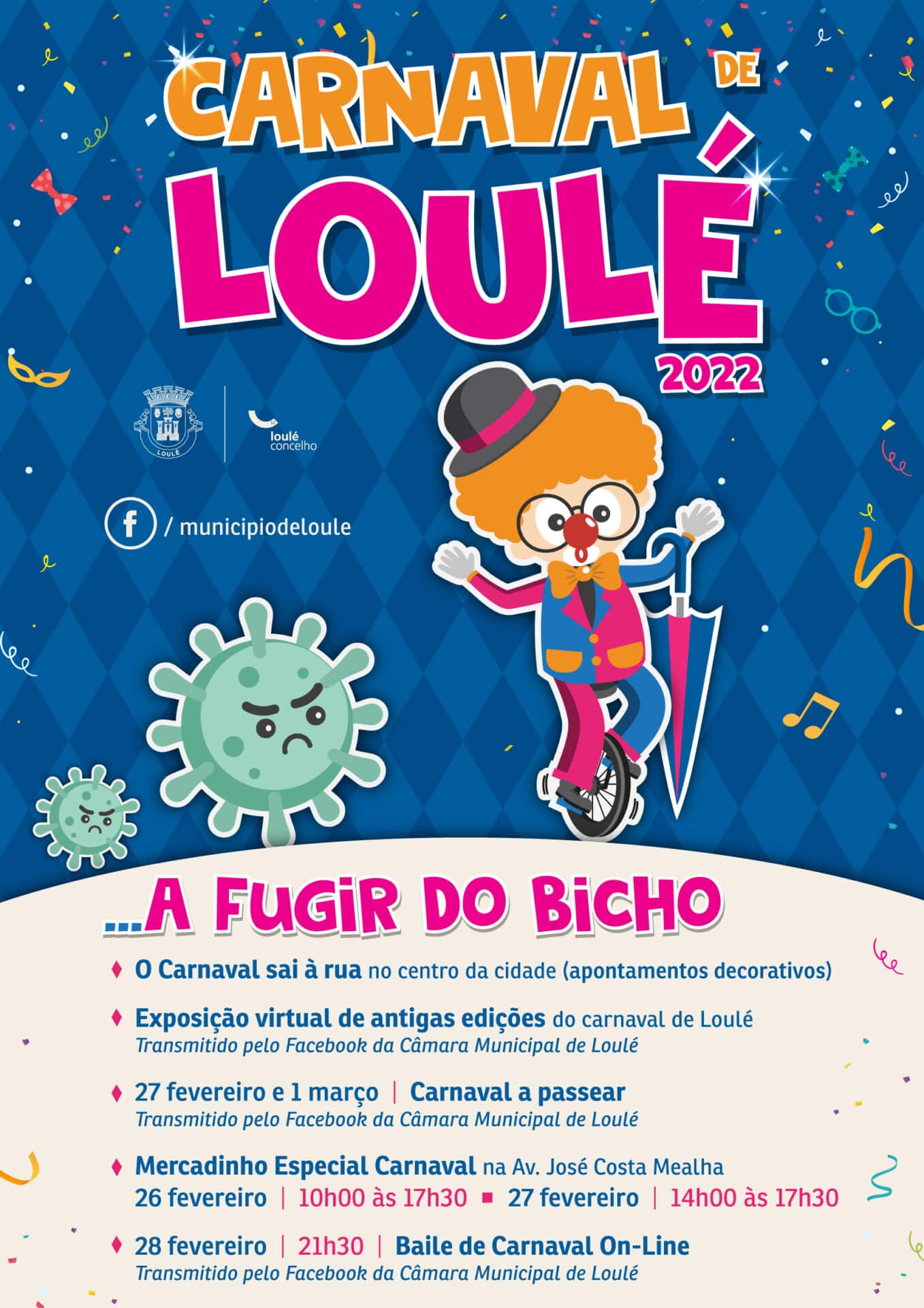 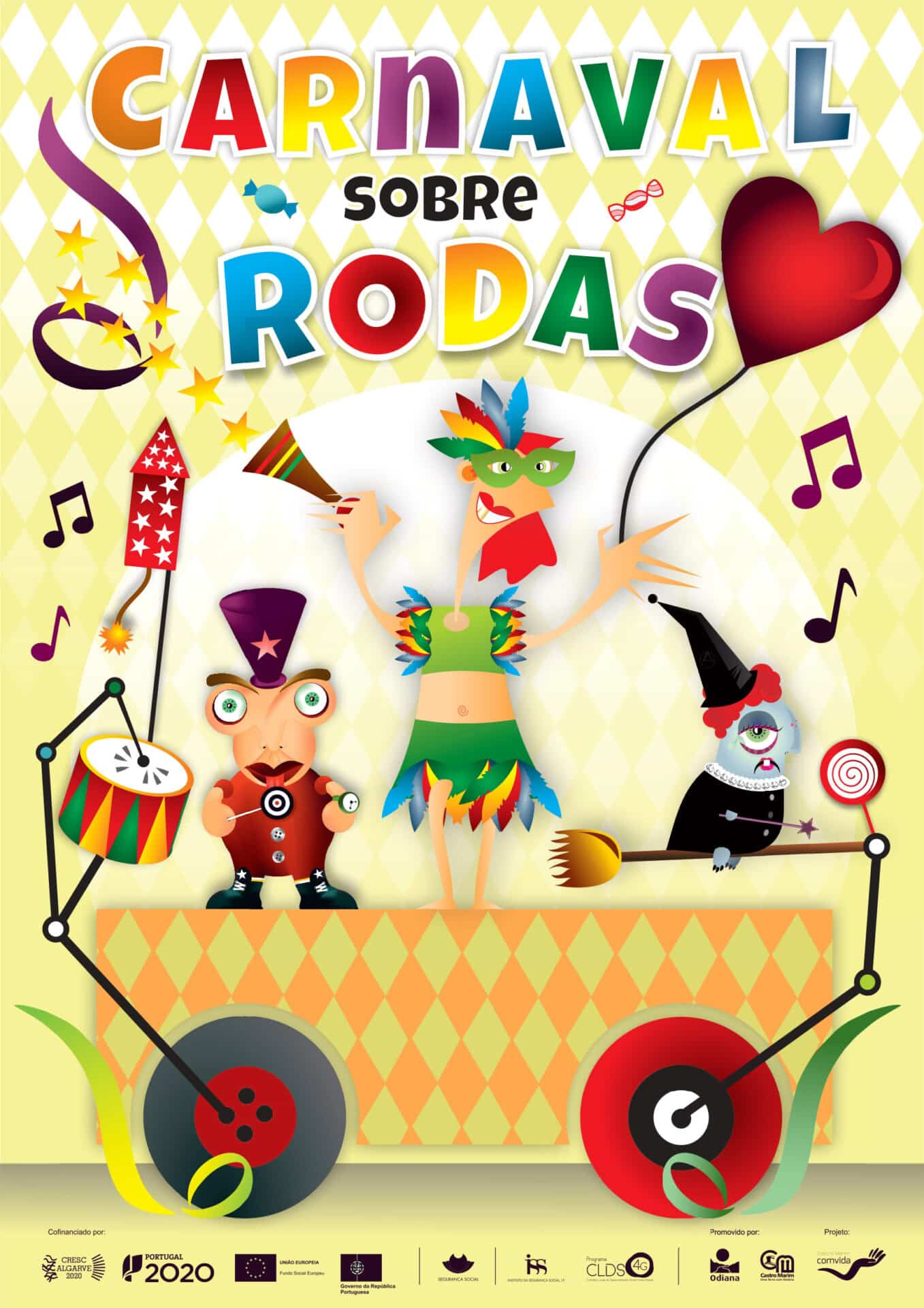