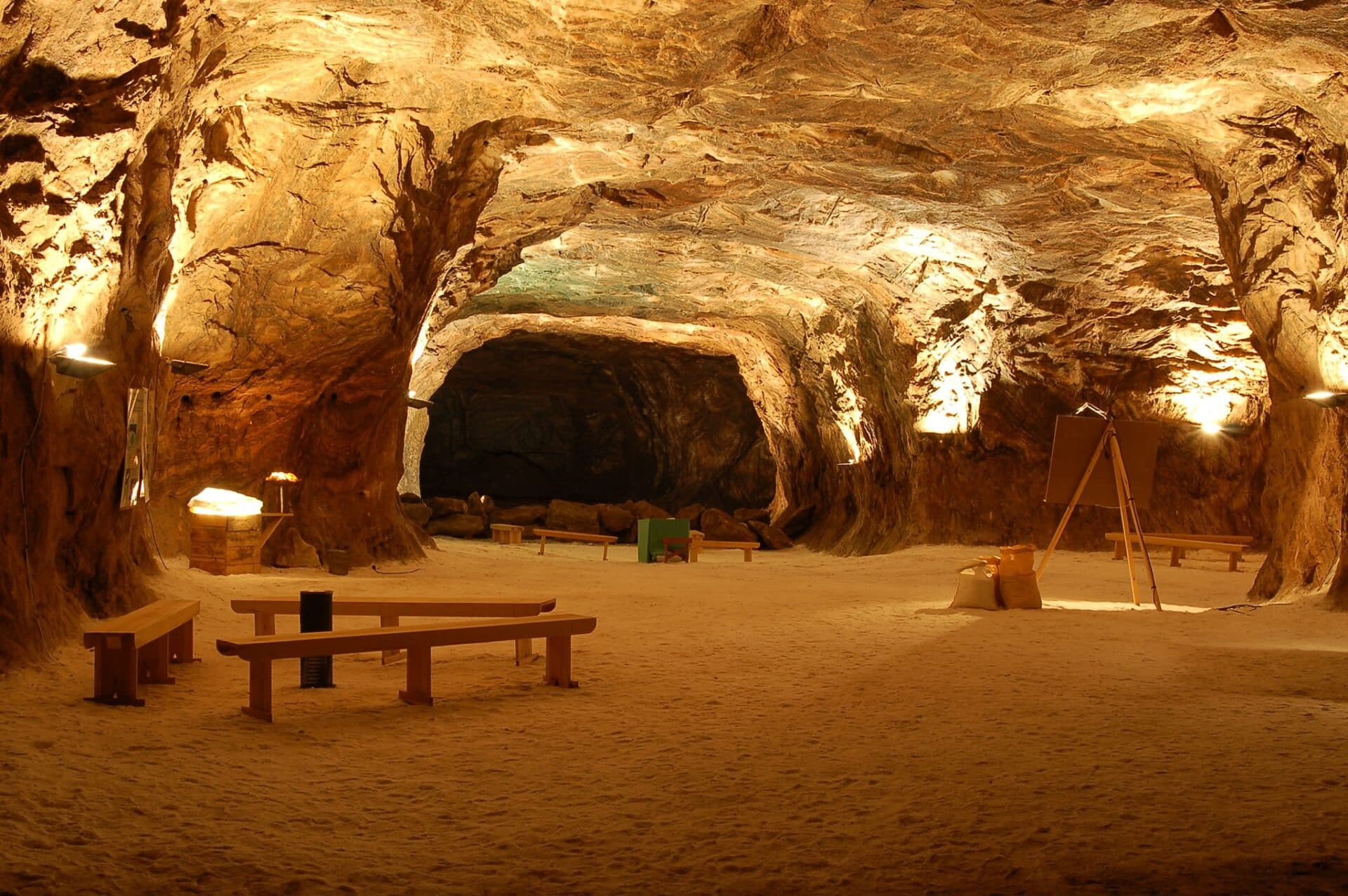 Loulé’s rock salt mine, also known as Mina da Campina de Cima or Mina de Sal-gema, is being pitched as a possible headquarters for the Algarvensis Geopark, which brings together Loulé, Silves and Albufeira and is aspiring to join the official network of UNESCO Geoparks since 2019.

The plan was revealed by engineer Alexandre Andrade, the mine’s technical director.

“The headquarters would be in a natural ex-libris. We have countless things to show and promote in terms of geology and scientific knowledge. Besides, this rock salt is more or less the same age as the Metoposaurus algarvensis (227 million years), a giant salamander species which was over two metres long and which has so far only been discovered in this territory,” Andrade told Barlavento newspaper.

“The headquarters does not have to be the most visited spot, but I believe it should be the most representative, the most emblematic,” said the engineer, who was speaking on the same day that a protocol was signed as part of a national strategy to bolster industrial tourism.

Algarve tourism chief João Fernandes said there is now a “national framework and a bilateral relationship with the developers of each project”.

He said the rock-salt mine is part of this strategy to develop industrial tourism as an alternative to the Algarve’s sun and beaches – much like what has been accomplished already with nature tourism.