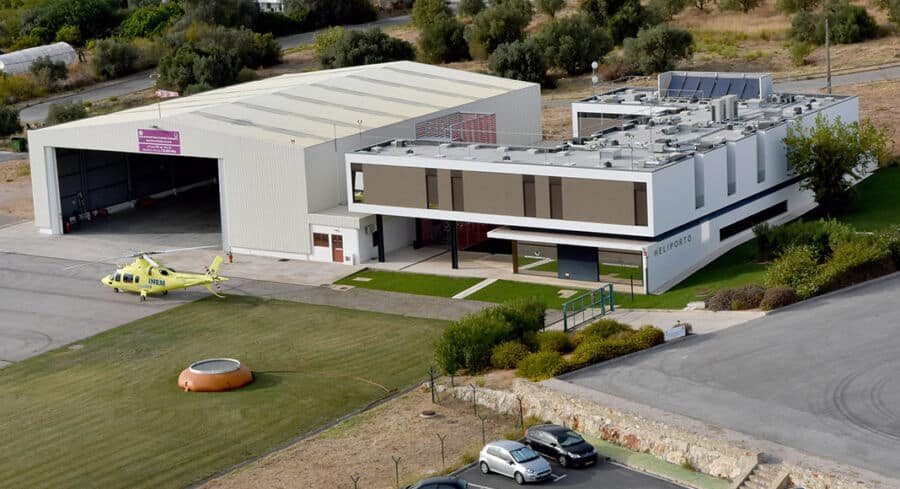 A plan to expand Loulé’s municipal heliport to the tune of €2.6 million has been revealed by the local council.

A public tender for the works was launched last week, the goal of the intervention being to improve the response of the region’s aerial emergency and civil protection operations.

An INEM emergency helicopter and an ANEPC civil protection helicopter, both of which are “at the service of the whole region,” are based at the heliport.

“The expansion intervention at Loulé’s Municipal Heliport is a very important investment on a regional and national level,” said the council, stressing that it serves the entire region.

It is particularly important in the fight against wildfires and in emergency and rescue situations, the council added.

The heliport is part of a larger “security and civil protection citadel” that is being created in Loulé, thanks to the borough’s central location in the Algarve and its proximity to the A22 and A1 motorways and Faro Airport.

The municipality recently welcomed the regional civil protection centre and will soon see the construction of the INEM emergency services’ new headquarters in the Algarve.

The €2.6 million expansion works are financed by the cross-border project Interreg/CILIFO.