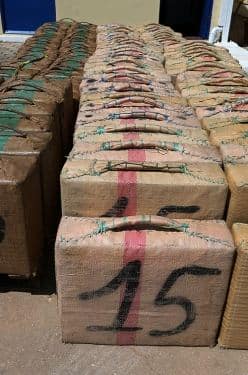 A project whose aim was to link the medieval and urbanised areas of Loulé has been concluded with the launch of an orientation system for the historic centre.

Part of a wider project entitled CHARME, this latest initiative aims to provide visitors to Loulé, both national and international, with two colour-coded routes. The colour coding will allow them to better explore the historic parts of the city (marked in orange) as well as the commercial areas (in green).

Signs, maps and general information – such as how to get to museums, churches or the market, where to find a car park or take a taxi or the bus – are in both Portuguese and English and have been installed at strategic locations to assist visitors.

Footprints in orange or green have been painted on the pavements to guide tourists to other interesting features in the city, such as a chimney, a century-old tree or a Manueline window, all of which will be complemented by informative signs.

More than €83,000 was spent in the new orientation system for Loulé, while the CHARME project represented a total investment of more than €3.7 million, co-funded by the European Regional Development Fund.