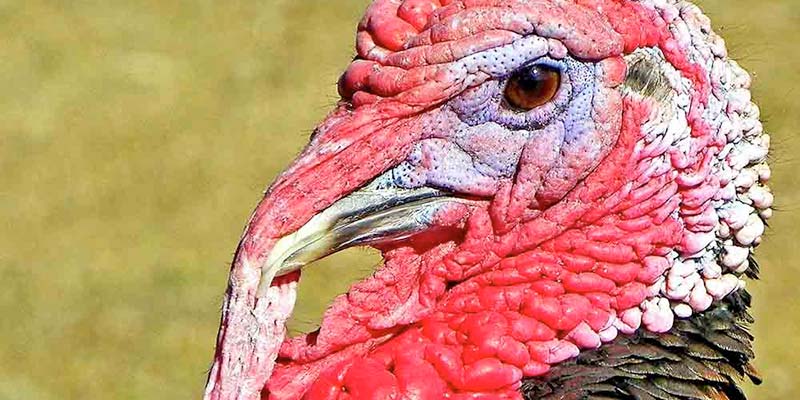 Happy New Year! It seems like only yesterday that we drove north as a family to celebrate the milestone millennium near Valladolid in northern Spain. My father had a glass of water thrown over him by a jealous husband as I danced with the vivacious señorita in question, the Sangria flowed freely and the world in general still made sense. Now, 19 years later, my partner and I danced the night away in neighbouring Seville, but nothing seems the same.

My father passed away some years ago and, with him, all vestiges of common sense and traditional values. Here is a small collection of unrelated ‘moments of madness’ which made me scratch my head in disbelief over the past months.

Some may call me a fossil, a relic of the past, but I have always regarded myself as a reasonable, level-headed and balanced human being devoid of prejudice or phobias. As I grew up, my three best friends were Ghanaian, Iranian and English; racism played no obvious part in our daily lives. There were men and women who were attracted to the opposite sex, men who preferred other men, and women more comfortable in the company of women. Nobody made a fuss, we all got along and that was just fine.

Today, everybody seems to turn their personal sexual preference into very public crusades, ramming their transgender, gender-fluid, inter-sex, pan and bisexual status down the throats of school kids as young as eight years old. It makes me laugh and wonder what more of our LGBT+, non-binary future of social dysphoria holds in store – or should that be closet – for us.

Next up, the lemming-like exponents of political over-correctness have taken another leap into the abyss of linguistic suicide. There has been an increased clamour to tamper with the English language, one of the most subtle and expressive mediums of communication which has evolved over thousands of years.

As one family bakery in York started selling ‘gingerbread persons’ instead of ‘gingerbread men’ – a move which must have gone down well with the likes of Prince Harry – ahead of Christmas, vegans followed up by pressing for changes in other traditional expressions.

‘Bringing home the bacon’ could become ‘bring home the bagels’ (bagel butties?); ‘killing two birds with one stone’ turns into ‘feed two birds with one scone’ or transposes ‘flog a dead horse’ into ‘feed a fed horse’. Even more stupid-sounding are ‘put all your berries into one bowl’ instead of ‘put all your eggs into one basket’ or ‘take the flowers by the thorns’ rather than ‘take the bull by the horns’.

Sparing people’s feelings and promoting animal rights is all very well, but surely there must be more than one way to skin a cat, or ‘peel a potato’, without opening this particular can of cherished worms, although new-speak ‘Pandora’s Box’ would probably be more accurate in this case!

And the idiocy does not stop there. One of my favourite cartoon series, The Simpsons, has axed its lovable hard-working epitome of the American Dream, Apu, the Hindu shopkeeper, following complaints from equality zealots that his character represents a racist caricature. The storm in a teacup completely ignores the fact that, in the fictional town of Springfield not noted for its intellectual prowess, Apu is well read, offers thoughtful opinions and, as a member of Mensa, gained a PhD after finishing top of his computer science class at the University of Calcutta – sorry, Kolkata.

The show’s success is rooted in stereotypes and comic voices – “Doh!” – and singling out one of its characters for a manufactured and insincere campaign of racial point-scoring is ludicrous beyond belief. The Simpsons was named Time magazine’s greatest TV show of the 20th century, but in the 21st century it appears to have lost its heart and America its sense of humour.

Back in Britain, Prince Charles has no problems speaking in funny accents. The heir apparent adopted a mixture of pidgin English and Yoruba during a recent lunch for the Nigerian deputy high commissioner, declaring ‘if person too tey for party, e go follow dem wash plate!’ – which translates as ‘one shouldn’t outstay their welcome’ – and followed up with ‘if life dey show you pepper, my guy make pepper soup!’, meaning ‘always look on the bright side of life’; yes, Brian.

It gets worse. Last month a comedian pulled out of a student charity event after being asked to sign a contract preventing him from making fun of almost anything and everything, the ‘behavioural agreement form’ detailing racism, sexism, classism, ageism, ableism, homophobia, biphobia, transphobia, xenophobia, Islamophobia, anti-religion and anti-atheism as particularly taboo subjects. I mean, come on, what else is there left to joke about apart from Donald Trump?

Konstantin Kisin, born in the Soviet Union although resident in Britain for 20 years, said: “I couldn’t believe it. The only people who should be controlling what comedians say are comedians. This is a threat to freedom of speech and I have declined the invitation on a point of principle.” Michael Gove and Boris Johnson take note.

Last but not least, a group of vegan activists spent pre-Christmas holding a wake around flickering candles mourning nine turkeys. The tearful gathering hugged and stood in silence by the gate of a farm next to a sign which read ‘They wanted to live’. The vigil for the birds – dubbed the ‘St Werburgh Nine’ – was organised by Sarah Nicol, who proclaimed: “There’s a lot of anger that the turkeys are dead, but we just want people to have a peaceful outlet for their grief.”

The birds were scheduled to be auctioned off by St Werburgh City Farm charity in Bristol to raise funds, but, following the protest, the sale was cancelled and the turkeys sent to an abattoir instead. Fellow activist Laurie Lou added: “I felt it was important to go because they were a symbol for us that everyone deserves to live happy, safe and free. We are killing our planet and our compassion with violence towards non-humans, and it has to stop. They’re a symbol of hope for the future.”

Honestly, you couldn’t make it up. On that note, I hope you enjoyed your yuletide dinner and I will see you for some more gobbledegook next time around. 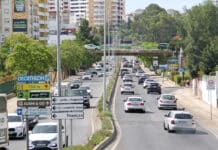 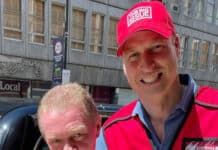