A British author has published a book on a long walk through Portugal which changed his life and convinced him to move from the green hills of Wales to Faro.

Stephen Powell, a former Reuters correspondent, started his walk inland in the north-eastern corner of Portugal in September 2018, arriving on foot from the Spanish town of Puebla de Sanabria. Six months later, after following a zigzag route of nearly 1,500 kilometres, he reached Sagres, on the southwestern coast of the Algarve.

“It was, by a considerable distance, the longest walk of my life,” said Powell, a lifelong walking enthusiast. “My original intention was to do the walk and then return to my life in the pretty little town of Crickhowell in the Brecon Beacons. But it didn’t work out like that! After travelling the length of Portugal, I couldn’t get the country out of my system. I made the move at the end of 2019 and have no regrets. The lockdowns were not what you want when you move to a new country. But if you have to live through a pandemic, then give me Portugal any day. In Faro, there was sunshine and the sea, and I felt blessed to be living where I was.”

Powell’s book, “Walking Europe’s Edge, Reflections on Portugal”, was published on September 23 by SilverWood Books of Bristol and can be bought from silverwoodbooks.co.uk and major websites like Amazon.

In his book, Powell tells the tale of two very different Portugals – on the one hand, the upbeat cities of the coast and, on the other, the dying villages inland abandoned by generations of Portuguese seeking their fortunes elsewhere.

“I wasn’t prepared for the sheer scale of the rural exodus. The number of abandoned buildings came as a shock,” said Powell. “The demographics of Portugal are so striking, with nine million people in the western half and just one million in the east. There is a real shortage of manpower in the countryside. I discovered again and again that all the professionals – the academics, politicians and journalists – they all have the population statistics at their fingertips and the flight from the countryside regularly comes up in conversations as a major problem facing the country. There are areas in eastern Portugal with a lower population density than the Highlands of Scotland.”

While many Portuguese have been leaving, significant numbers of northern Europeans, including Britons, have been settling in the country to take advantage of a good quality of life, stability and plenty of sunshine.

“It is an interesting sign of the times that there are now more than 40,000 Britons officially resident in Portugal,” said Powell. “It is, I think, a country that appeals to both head and heart.”

Powell said he warmed to the Portuguese, appreciating their hospitality and their readiness to have unhurried conversations (he spent nearly five years as a reporter in São Paulo, Brazil, so he speaks Brazilian Portuguese and partly got used to the more challenging variant, European Portuguese).

“Spontaneous gestures can really touch the heart,” said Powell. “On one occasion in central Portugal, I was walking in steadily falling rain. I was wearing waterproofs top and bottom, but one woman saw me and decided that this was not enough. She crossed the road and thrust an umbrella into my hands. Another time, a woman sitting in a car pushed a hat out through the window and gave it to me.”

In 2018, Powell published his first travel book, “The First Toast is to Peace, Travels in the South Caucasus”. This recounted journeys in Georgia, Azerbaijan and Armenia where the author also found traditions of hospitality to be alive and well.

About the author
Stephen Powell is a journalist who worked for Reuters for 27 years. He has lived and worked on every continent except Antarctica and brings to his craft a deeply ingrained global perspective. His reporting has included war and coups in Africa and Brazil’s transition from military rule to democracy. He lives in Portugal. 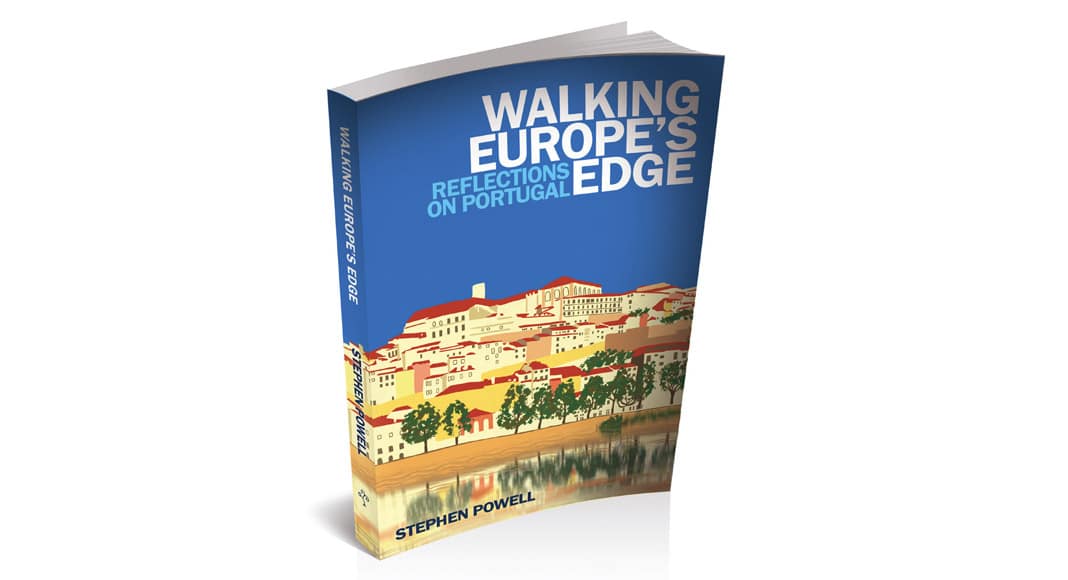