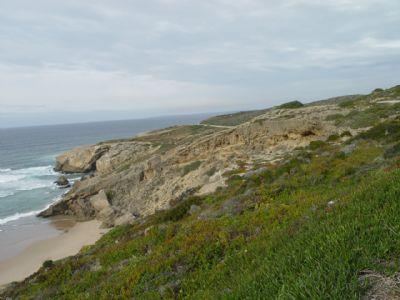 A programme to protect and make the Western Algarve coastline more attractive to visitors was approved by the government last week.

The main areas to benefit will be along the Costa Vincentina and Southwest Alentejo.

The councils in Western Algarve and Southwest Alentejo have formed a society to manage the improvement programme, which represents a total investment of 47 million euros.

The Sociedade Polis Litoral Sudoeste will fund part of the project to be carried out in the municipalities of Vila do Bispo and Aljezur.

In the council of Vila do Bispo, where only five per cent of land is considered urban area, Mayor Gilberto Viegas said the “much needed” work would improve town accessibility and the general quality of life of residents while at the same time helping to protect the coastline and its natural beauty within the Costa Vincentina Natural Park.

Mayor of Aljezur Manuel Marreiros, who is in agreement with the formation of the society, said his council did not want to have buildings near the coastline and would limit construction to urban areas.

The council of Odemira is outside the Algarve but falls under the Polis Litoral Sudoeste. This week the mayor of Odemira António Camilo described the newly approved plan as a “long awaited opportunity.”

He said: “This is the first time that the councils among the Natural Park of Southwest Alentejo and the Costa Vincentina (PNSACV) have come together in this manner.  That is Sines, Odemira, Aljezur and Vila do Bispo.”

The newly formed society will have an initial budget of 19.6 million euros, most of which will come from state coffers.

In May, Environment Minister Nuno Correia made a statement during an official visit to Vila do Bispo.

He said: “This project is a sign of change – without neglecting the importance of nature, we are bringing together social and economic development.”

He added that the improvement works would focus on improving bathing areas, protecting the more vulnerable areas of the coastline, creating visitor routes, nature trails and cycling paths.

The work is planned to start next year and is expected to take three years to complete.