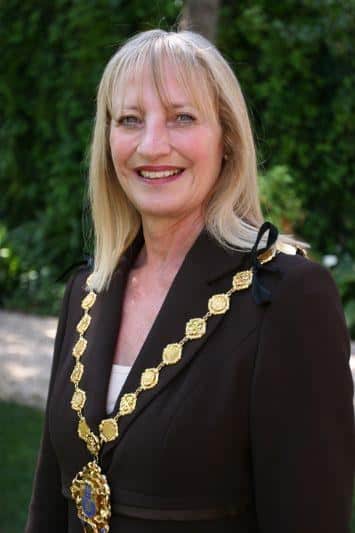 A group of serving or former London borough mayors was impressed over the weekend at how clean Lisbon was.

The members of the London Mayors Association were in the Portuguese capital to meet the Lisbon Câmara President, António Costa, and learn more about how the city was run, as well as exchanging a few tips.

Councillor Robert Davis, Chairman of the association, explained how it represented all the mayors and former mayors of the 33 London boroughs.

“Every year, by tradition, we visit a different capital city and meet the mayor of that city. Last year we went to Vienna, the previous year we went to Prague and we’ve visited Madrid, Washington DC, Oslo, Warsaw and Rome in recent years, so this time we thought it would be nice to visit Lisbon,” he said.

All of the visiting councillors were either serving mayors of their borough or had been past mayors as designated by their chains of office (serving mayors) or badges (past mayors) with ribbons denoting political affiliation.

Although drumming up awareness about the forthcoming London Olympics in 2012 was part of the visit, the trip is really a goodwill event “for us as mayors to go out and meet other mayors and learn a lot about other cities and how they work”.

The Mayor of Westminster, Councillor Louise Hyams, said the city was “clean and very beautiful” while its location by the river was “glorious”.