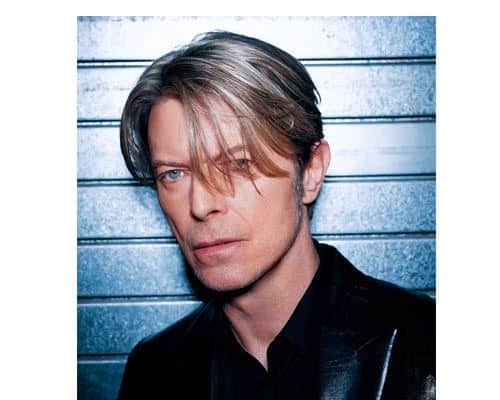 To brighten up those dark winter nights, an organisation called Artichoke, backed by Boris Johnson, Mayor of London, brought light to the city streets last month. Still glowing from the success of similar events in other UK cities in previous years, they held a free light festival at 30 locations across the capital, over four evenings, with iconic buildings and structures lit by projectors and other light installations.

One of the most popular was a full-sized, three-dimensional projected elephant which walked through the arch in Air Street, just off Regent Street. Meanwhile, in Grosvenor Square, Benedetto Bufalino and Benoit Deseille’s ‘Aquarium’ was a brightly lit, iconic red telephone box – filled with tropical fish!

So successful was the event that on some evenings they had to turn the lights off at various locations, citing fears over public safety. With various other events planned, this is one to look out for.

Starman
David Bowie’s life was a tale of several cities really, but he was a Londoner, born in the not-so-smart south western suburb of Brixton in 1947. David Robert Jones had a difficult early life in Brixton before the family moved eastwards to Bromley.

It was at Bromley Tech School in this leafy London borough that he acquired his alien-like, permanently dilated pupil in a playground fight – something which he always felt added to his mystique! As well as a dodgy eye, he left this school at 16 with one ‘O’ level in art.

London was very much the back canvas to his early career. In Denmark Street, just off Charing Cross Road and famous for its guitar shops, you can still eat in what was La Gioconda Café, where in the sixties Bowie could be found sipping coffee with his pal Mark Field (later Marc Bolan). Then, also in the West End, Bowie moved into a flat near Pollock’s Toy Museum in Scala Street. Well-known for the clowns, Victorian prints and other circus memorabilia on display, this influenced the art-loving, fertile mind of the yet-to-be-discovered star.

A glitzy, jump suit clad Bowie announced to the world that Ziggy Stardust was born in Heddon Street, off Regent Street, in 1972 and a wall plaque marks the very spot. Sadly it was a short life and Bowie announced the death of Ziggy on July 3 the following year to a shocked and distraught fan base at the Hammersmith Apollo in West London!

Meanwhile, the Blitz Club in Great Queen Street, near Covent Garden, was where in 1980 Bowie recruited the hippest new romantics he could find for the video he was making to accompany ‘Ashes to Ashes’.
The Starman who astonished the world is missed in his home city – but not quite gone.

Hello, hello, hello
In 1874, serving Metropolitan Police officers set up ‘The Black Museum’ at Scotland Yard with items seized from criminals and crime scenes with the intention of assisting officers investigating future crimes. This macabre collection of thousands of items has remained locked away, hidden from public view and only seen by invited guests and officers. Until now.

Mayor of London, Boris Johnson, saw no reason to keep these things hidden and working with his own office for Policing and Crime in the capital has, after a five-year struggle, opened ‘The Crime Museum Uncovered’ at the Museum of London. But you will have to be quick as the exhibition only runs until April 10, 2016.

There is something uniquely disturbing about seeing actual objects used to commit horrific crimes, but as well as sending a shiver down the spine, there is some real benefit in showing just how well-protected London is by the Metropolitan Police. The painstaking investigation into some real and present threats to public safety, like terrorism and gang violence, is reassuring and graphically on display.

And there are, of course, some objects from famous London crime activity – like the weaponry used by the notorious Kray twins and their associates, the gun used by Ruth Ellis (the last woman hanged in the UK for murder) and the rocket launcher used by the IRA to attack the MI6 building in 2000.

Just a fraction of the Black Museum’s total collection is on display but for your columnist thoughts of being cheated soon turned to “I think I’ve seen enough”. Worth seeing while you can but not for the faint-hearted.

Cross about Crossrail?
One thing you can say about London – someone always has a bright new idea for a better way to get around the congested city!

The ambitious Crossrail project, connecting west to east under the great city in tunnels mostly built by Welsh miners, is approaching completion. It has been the largest infrastructure project in Europe, costing some £12 billion (€15.8 billion) and will become fully operational in 2018/2019.

However, Londoners have paid a heavy price. There have been enormous ground level construction sites with accompanying trucks and vehicles clogging the streets for years. Historic buildings have been demolished and the anticipation of better train routes has pushed up house prices in some areas that were, previously, more affordable to ordinary working people.

There is a huge potential upside of course but even before the first project is up and running, Transport for London is considering Crossrail 2 with a north to south axis. Again, there are high hopes for the practical benefits this will deliver but the battle lines are drawn with people up in arms about the disruption and destruction (part of the plan is to demolish Wimbledon town centre!).

The consultation process is underway and even if it gets the go ahead, Crossrail 2 will not open for business until 2030.

Another underground project though is gathering awards and support from all corners. Design company Gensler London has dreamt up ‘Underline’, a truly startling plan to turn disused tunnels and abandoned stations into underground cycle paths with shopping facilities and cafés!

The tunnels would be accessed from tube stations and would be surfaced with kinetic paving which would use energy generated from footfall to provide power. There are quite a lot of disused tunnels like the stretches between Holborn and the abandoned Aldwych station and also from Charing Cross to Green Park.

Ian Mulcahey, a director at Gensler, said: “Now that London has reached the highest level of population in its history, we need to think creatively about how to maximise the potential of our infrastructure.” Very true Ian, let’s hope as much creative thinking is going into getting those bikes down all those stairs!