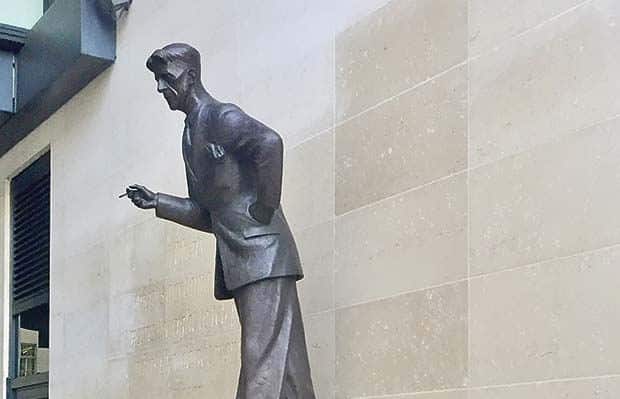 ‘Tis the season to…
sell your window!

Judging by the ever-present crowds of shoppers in the streets of London, it is difficult to imagine that the retail sector is experiencing any sort of decline. But, increased online shopping is having its impact on retailers big and small, so they are always looking at new ways of making money.

Last year, Harrods, the world’s most famous grocer and department store in Knightsbridge, became the first London store to sell its entire Christmas window display to fashion label Burberry. This year, however, they have taken it a step further following a deal with Italian fashion house, Dolce & Gabbana.

D&G have reportedly spent some £7 million (€7.9 million) taking over all 23 windows and have installed a ‘pop-up’ themed Italian market selling branded goods. So you can now buy an exclusive ‘D&G loves London’ sweatband in Harrods for your loved one this Christmas for a mere £70 (€79) or a key ring for £335 (€378). There is, of course, a D&G branded Christmas tree for shoppers to see and lots more including a fine jewellery boutique. Millions of people pass the windows of Harrods each Christmas and many of them come just to see the window, so it is certainly a unique way to convey the brand message to customers in a buying frame of mind.

Stefano Gabbana is confident that his idea will work. “It’s London but it’s not just London. It’s international exposure. It’s not just business, it’s explaining who we are,” he said. The fashion house turns over some £1.15 billion (€1.3 billion) and reports record sales figures – so it seems these guys know what they are doing!

Just down the road in Piccadilly, the slightly more refined rival for the best department store in town, Fortnum and Mason, has gone for a more traditional Christmas window display. This year, their colourful eight windows have a ‘togetherness’ theme depicting characters working together to make Christmas happen. A nice Yuletide message in a country which feels somewhat fractured after a bruising year!

More welcome retail news for the capital came from Oxford Street in London’s West End, home to the flagship stores of most major retailers. For years, the street has been bedevilled by half-baked, semi-pedestrianisation schemes which have actually made it more dangerous in many ways.

Shoppers are deluded into thinking they are in traffic-free areas when buses, taxis and those particularly 21st century hazards, cyclists, come whizzing along with some very unfortunate results. Mayor Sadiq Khan announced this month that the western end of the street will become a pedestrian-only zone in 2018.

Of course, the opportunity cost in an already congested city will mean yet more traffic on other roads, and cab drivers in particular reacted with dismay at the news. Still, no doubt their meters will keep on running in the ensuing jams!

Winston Churchill had a very close relationship with the US wartime leader Franklin D Roosevelt, and this bond was immortalised in a rather touching sculpture located in Bond Street, a road famous for its art galleries, auction houses and jewellers. Bond Street had become something of a rat run through from Oxford Street to Piccadilly and so a small pedestrianised area was established right in the middle and this was chosen as the location for the commemorative work.

There is an ordinary-looking bench and sitting side-by-side, like the two old friends they were, are life bronze statues of the great men, chatting informally and just looking like they are passing the time of day. They were created by the late sculptor Lawrence Holofcener and they are so lifelike that many passers-by take a second look, thinking they may be one of the ever-popular life street art statues we see everywhere with the ubiquitous collection hat alongside. Often tourists take photos of each other sitting in the space between the two men and, over the years, the sculptures have become a little tatty.

Well, not anymore! They have been taken away, cleaned and renovated as part of a £10 million (€11.3 million) improvement scheme and returned to their quiet corner to carry on chatting. One slight change has been made. Reflecting a different age, Churchill is smoking a cigar and Roosevelt has a cigarette holder in his hand – both have been shortened – reportedly to prevent damage but maybe to reduce their significance in our politically-correct age?

London is not short of statues of course, and there is now a new kid on the block. Sculptor Martin Jennings was commissioned to produce a statue by the George Orwell Memorial Fund, to be installed outside the great author’s place of work, BBC Broadcasting House.

Orwell worked as a producer for the BBC (from room 101, of course) for two years but was not always complimentary about the place. He described Broadcasting House as “a cross between a girls’ boarding school and a lunatic asylum” and left saying he could no longer bear “wasting my own time and public money on doing work that produces no results”. He also used his experience of the organisation as the basis for the Ministry of Truth in his famous novel 1984.

Slightly strange, therefore, that the BBC now has an oversized statue of their critic leaning forwards in a rather intimidating way by their main entrance! Maybe Big Brother really is watching.

Meanwhile, over in a rather dull suburb of West London, a Texas-themed restaurant is upsetting some of its neighbours with the size of meals on offer!

Man vs Food London aims to defeat diners with metre-long hot dogs, 3kg cheeseburgers (called ‘Big ol’ Belly Busters’) and ‘Fire in the Hole’ chicken wings smothered in Naga Ghost chilli. If you order this last dish, you will be asked to sign a disclaimer before partaking and wear plastic gloves whilst eating!

According to the restaurant’s own publicity, 20 people have been sent directly to hospital after being defeated by the menu and one man suffered a heart attack!

Neighbours in Isleworth claim the restaurant attracts ‘unsavoury behaviour’ and the ‘wrong’ type of clientele and they are opposing an application to extend opening hours. Your columnist sees a visit to this establishment as a necessary step in the ongoing quest for ‘investigative journalism’. Watch this space – or maybe the obituary column.