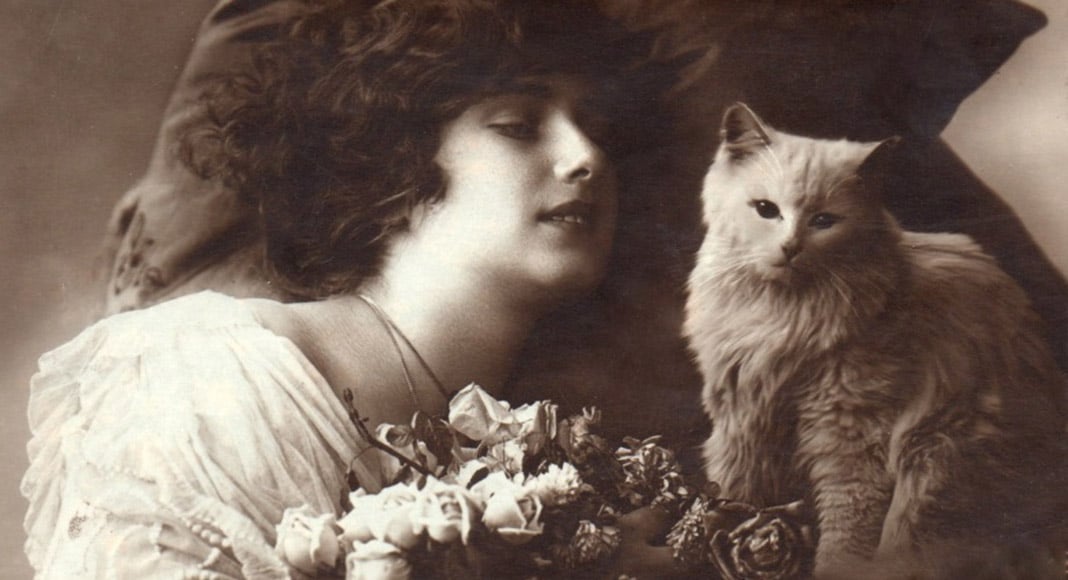 Happy New Year to ‘London Calling’ readers! One year on from his first excellent writing, we have returned to the master of slightly sinister, quirky, historic tales of London, COLIN BAINBRIDGE. Something for everyone here and a purrfect ending!

Slum tourism
The origins of the London slums date back to the mid-18th century. By the 19th century, rapid population growth and industrialisation meant that overcrowding, squalid and unsanitary living conditions were a fact of life for the poor.

In the 1880s, London saw a boom in ‘slum tourism’. For middle and upper classes, ’slumming it’ became a fashionable activity. They would wear filthy clothes, put dirt on their faces and venture into the East End on a thrill-seeking adventure to see poverty, depredation, depravity and misery.

Some resourceful slum residents saw an opportunity to make some money by offering discrete tours and even provided accommodation for overnight stays for wealthy ladies and gentlemen looking for a sordid encounter.

In September 1896, one Annie Besant, the 26-year-old daughter of an upperclass family was bored and decided to experience slum tourism for herself. She procured some old clothes from one of the servants and made her way to Old Nichol, a grim district of vice, filth and poverty. What she made of the blackened rooms teeming with disease and death is not known, but she made the rather risky decision to secure lodgings for the night from a well-known racketeer and pimp, Andre Gillet.

The following morning, she was rudely awakened by the police and local bailiffs. Unfortunately for her, Gillet had rented the room (which didn’t even belong to him) of a recently deceased occupant who owed a large amount of rent. Annie, despite maintaining she was the daughter of a rich family (as though they were going to believe her), was bundled off to the workhouse, where she stayed for 15 months!

When she was finally found by an investigator, hired by her family, her appearance was said to be most shocking. Not being used to a physical regime, she looked 20 years older, was malnourished, suffering from hair loss and had lost two fingers in an accident. As a result of her experience, she dedicated the rest of her life to helping the poor, set up a foundation and was the catalyst for several reforms.

The manhole cover gang
The manhole cover gang were responsible for a series of audacious robberies in the early 1930s using an insidious plan of removing manhole covers to the sewers, and then disguising the hole so people would fall in, whereupon they could then be robbed whilst unconscious or severely incapacitated from their injuries.

The gang consisted of brothers Charlie and Vinnie Haskin, Denny Roach and Tommy ‘Spanners’ Babcock. The plan was simple, the manhole cover was removed and the opening disguised with sackcloth. A gang member, usually Charlie, had already climbed down the ladder into the sewer. They would then wait for someone to drop in, sometimes one of the gang members would lure a victim to the drop zone by asking for a light etc, and whoosh, down they went.

Once the poor individuals had been relieved of their possessions, the gang would leave them, often with terrible injuries (they chose their sewers with care, making sure the drop was sufficient to highly incapacitate the victim).

The more fortunate ones were found and taken to hospital, some however died alone in the cold, damp, dark and smelly sewers, just yards beneath the hustle and bustle of the streets of London.

They are known to have robbed at least 16 people and were responsible for at least five deaths, although that figure could be higher – it is thought that some of the corpses were washed along the sewers and a number of bodies found couldn’t be attributed to them!

The gang’s heinous activities came to an end when Charlie was drowned whilst on a job. He was down the sewer waiting for someone to ‘drop in’, when the Crossness pumping station opened its sluices in a routine purge. Charlie was flushed away and abandoned by the rest of the gang.

His body was eventually found by the authorities and, once identified, the police soon rounded the rest of them up, whereupon they were tried, found guilty, and sent to prison.

A Pacific walrus buried in a London cemetery?
Unearthing human skeletons from beneath the streets of London isn’t unusual, but digging up walrus bones is a little strange, especially if they are found in a sealed coffin in a former graveyard.

Around 2003, St Pancras station was undergoing extensive building work to extend the platforms beyond the station to accommodate the longer Eurostar trains.

This involved the excavation of the site of the former St Pancras Church and graveyard. The area was a mass burial site in the early 19th century due to the cholera, typhoid and smallpox epidemics of the time. It is thought that over 40,000 people were buried there between 1822 and 1854, with at least 1,500 needing to be exhumed due to the building work.

All was going well with the work until Manuel Patella and his team of archaeologists came across one particular coffin and made a grisly and somewhat bizarre discovery. It appeared to contain a mix of bones from at least eight different people and, what was even stranger, was that nine of the bone fragments weren’t even human.

The mystery bones turned out to be from a Pacific walrus, an enormous mammal that can grow up to four metres in length and weigh up to two tons. Patella didn’t need to be a marine biologist to know that central London was not the natural habitat for the blubbery beast, so how and why was it buried in a coffin thousands of miles from home?

The answer is that no-one knows, although there are numerous theories. The most likely one is that it was from London’s zoological gardens, that did have two walruses in the 1850s and 60s. The first is believed to have been dissected by anatomists not far from St Pancras church (the human bones also showed signs of medical dissection, several skulls had holes drilled in them). The second walrus arrived at the zoological gardens in 1867 and was called ‘Jemmy’.

Another theory is that the walrus, who was named Paul, was caught in the Bering Sea and hauled back to England for his tusks (the ivory trade was booming at the time). Some have said it might have been a joke by medical students, who have had a reputation for being pranksters regardless of what century it is).

We will probably never know. Paul is just another of London’s subterranean mysteries and is currently being stored at the London Archaeological Archive and Research Centre in Hackney.

The Victorians would sit for hours, sometimes days, with cats on their laps in the belief it prevented disease and mould growth. The more affluent often spent months with several cats working shifts.

Long before the Guinness Book of Records, the ‘Rodgers Book of Amazing Feats’ recorded that Orphelia, Hypatia, Fanny Fannshaw-Brown had a cat on her lap for three years and 47 days!