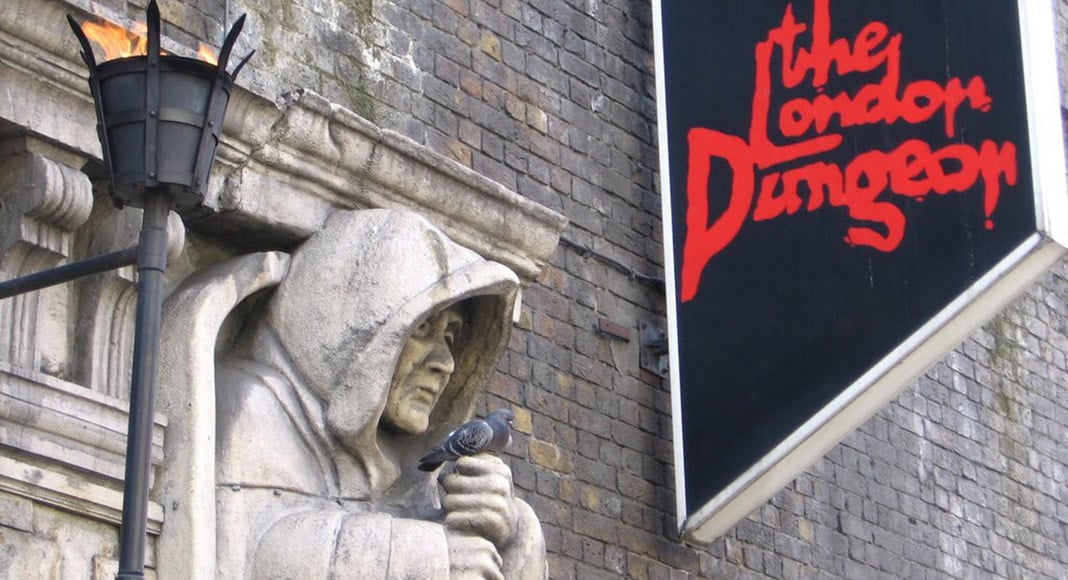 London calling is back with a vengeance this month and we have returned to one of our most popular guest columnists, the author COLIN BAINBRIDGE, for some more dark tales and lesser-known stories from the capital’s history – Richard Lamberth

Don’t just bury the dead!
As London moved into the 19th century, the rapidly increasing population, coupled with a sharp rise of people dying of disease, was creating a huge problem of what to do with the dead. By the 1840s, graveyards were at bursting point, the burial grounds were becoming squalid places overflowing with body parts in a putrid soup. New graves dug often broke into existing graves; it was not uncommon to ‘flatten’ the existing occupant to bury someone else. Some cemeteries simply went upwards with a new layer of earth raising the ground level.

Worse was to come, however. In 1848, Britain faced the worse cholera outbreak of the 19th century. There were many ideas and solutions contrived in response to the problem, including using unconsecrated ground and later the necropolis railway to transport the dead to sites out of the city.

One of the more unusual and inventive solutions was the use of barges on the river Thames as floating graveyards. The idea was conceived and put into practice by Thomas Cahoon, an industrial taxidermist, who in 1849 converted two coal barges into below decks burial chambers. This wasn’t just a case of chucking bodies in randomly, each corpse had its own vault where families could visit.

Cahoon’s inspiration was borne out of personal tragedy. A year previously, his wife and daughter had died within months of each other from cholera and, despite his wealth, Cahoon faced problems finding a place to lay them to rest. He was disgusted and upset, and realised that one of London’s greatest resources, the river Thames, could be the solution. And so, the ‘Thames Cemetery Company’ was formed.

The success of the first two barges allowed Cahoon to commission four more to be built from scratch. These were, however, much more elaborate affairs, commanding a much higher price tag to bury your loved ones. They were more like floating mausoleums, and had a top deck, so once family members had paid their respects to the deceased, they could wine, dine and socialise in a luxurious setting whilst having a pleasant cruise down the Thames.

Twelve oarsmen would keep the floating cemeteries constantly on the move up and down the Thames (due to mooring laws regarding dead people). Mourners were rowed aboard on launches and the whole shebang became quite a spectacle for people on the riverbanks, with some barges attracting a veritable party atmosphere.

Cahoon drew up plans for even larger and even more elaborate vessels with trees, fountains and gardens on them. Unfortunately, they were never built. The out of city cemeteries were becoming more established and offered a cheaper and more practical solution to taking care of London’s dead. The last ‘Thames Cemetery Company’ barge was decommissioned in 1864.

Pirates – but not of the Caribbean!
If you think about pirates being hanged in London, ‘Execution dock’ at Wapping probably comes to mind. But a little further upriver on the south bank, there was the lesser-known location where the river Neckinger enters the Thames at St Saviours dock.

The river Neckinger is now one of London’s ‘lost rivers’ having been almost totally built over by the urban sprawl of the city. Its name is derived from the ‘Devils neckcloth’, the short rope used to hang pirates (which caused death by slow strangulation rather than breaking the neck). The gallows at St Saviours dock were responsible for the demise of a great many pirates in the 1700s, where the corpses would then be displayed in the gibbets on the dockside.

The location of the gallows was one of convenience and deterrent, since the target of the pirates’ larceny was not on the open seas, but the many ships moored at the docks waiting to be unloaded of spices, tea and coffee. It was a case of, why go out to sea when the booty comes to you, and you don’t even need a ship?!
The area of St Saviours dock was also known as Jacobs Island and was created in the 17th century when tidal ditches were dug around the Neckinger. In the 1800s, the gallows were removed, and the area became a slum as the population increased.

Charles Dickens described it as ‘the very capitol of cholera’ and ‘the Venice of the drains’. The river was a cesspit of disease with a green and red scum floating on the water. The putrid smell of the water was overwhelming and full of sewage and dead rotting animals floating out to the Thames.
The slums were cleared in the 1860s and the river was built over, although a few reminders of the area’s previous incarnation remain in the form of street names and signs on buildings.

Thanks to Maggie Blake!
If you visit St Saviours dock now and walk along the Shad Thames, a random right turn towards the river will reveal a short passageway with the curious name ‘Maggie Blake’s Cause’.

So, who was Maggie Blake and what was her cause? During the 1980s, when the warehouses in the area were derelict and abandoned, developers were eyeing up the potential for shops and restaurants. Sir Terrence Conran and a consortium of developers wanted to stop public access to the riverside paths so they could put their restaurant tables there and give customers exclusive views of Tower Bridge and the river.

Fortunately, a local woman, Maggie Blake, and her band of activists fought a campaign, and won, to allow the public right of way down the side of the river. Her noble deed was rewarded with this passage being named after her.

Them bones, them bones are – REAL bones!
In 2011, it was found that two of the human skeleton exhibits on display at The London Dungeon were made up of genuine human bones.

The London Dungeon, which was originally housed in two railway arches on Tooley street, has many gruesome exhibits and torture devices that you would expect to be just reconstructions. However, it turned out that a partial skeleton (nicknamed ‘Kate’ after Kate Moss) that was hanging in a gibbet was a real skeleton, which was probably wired together in the 1950s. It was in 2011, when a doctor on a family day out to The Dungeon suspected that some of the exhibits looked a bit too real. The remains, which consisted of a ribcage and vertebral column, were examined by Bill Carpel from Guys Hospital medical museum.

After Kate was deemed to be authentic, another grisly exhibit, named Twiggy, was also found to be real. Both exhibits had been on display since the museum opened in 1975.

Slightly worryingly, when the attraction moved from Tooley street to the South Bank, a lot of the exhibits were sold off, many at car boot sales.

Catherine Prichard from The London Dungeon said: “We have long suspected that some of the exhibits were genuine, and now some of those items are in public ownership.”