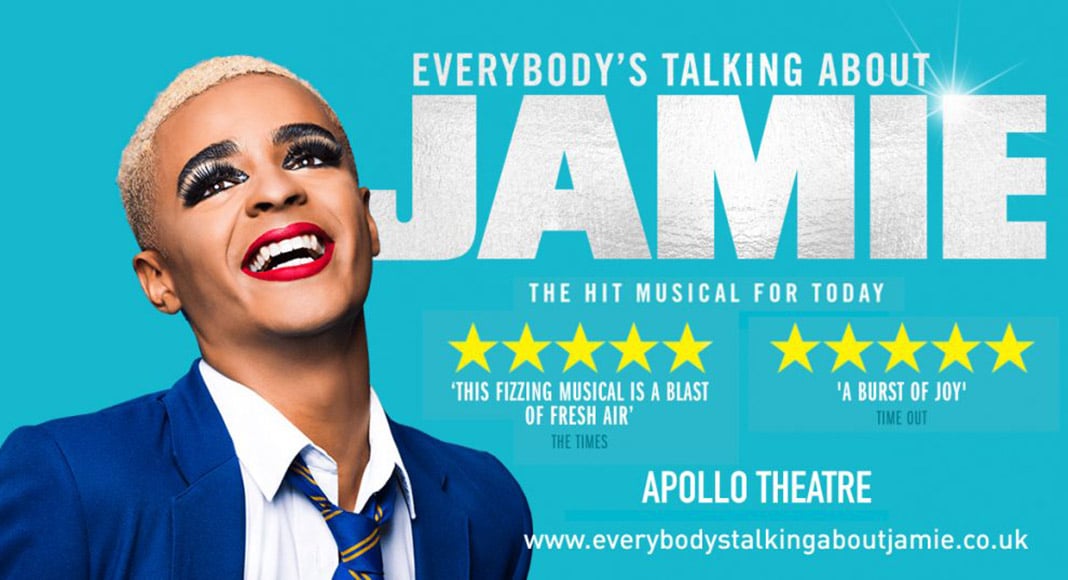 London rising
The UK capital generates nearly a quarter of the entire country’s Gross Domestic Product (GDP) and nearly 15% of the population live in its 600 square miles (1,554 km2). The ninth largest island in the world covers some 93,628 square miles (242,496 km2) in total, so the importance of this tiny, densely-populated corner that will remain forever England cannot be over-emphasised.

Nowhere in the UK has been hit harder by the economic effects of the government’s response to the Covid-19 pandemic and nowhere is it more important to re-start the economy.

As the UK emerged from the second national lockdown, shoppers were back on the streets and the entertainment venues in the West End have tentatively started to reopen. Even the somewhat confusing restrictions of being in the government’s newly-designated Tier Two have been overcome with restaurants, pubs and bars employing imaginative ways to cope and to keep their customers safe.

One of the first big shows to re-open in the West End is “Everybody’s Talking About Jamie”. ¬This is at the Apollo Theatre and is the truly brilliant, spectacular musical about a teenage drag queen. Other theatres are live streaming shows including The Old Vic, which is repeating last year’s hugely successful, immersive production ‘in the round’ of that old favourite “A Christmas Carol”.

Meanwhile at the Bridge Theatre, a truly unique experience awaits. “Flight” tells the story of two Afghan brothers, Aryan and Kabir, as they set off on an epic journey to the bright lights of London. The journey takes them years and this 65-minute production charts the astonishing story.

Each member of the audience is escorted to their own personal one-seat theatre around a carousel. There are no actors and the audience watch the story through a window as the carousel rotates with 280 individually crafted scenes featuring 380 hand-made models.

Co-director of “Flight” is Jamie Harrison, one of the world’s leading theatrical magic and illusion designers. He was responsible for some of the most famous illusions in the hit West End show “Harry Potter and The Cursed Child” and he is promising wonders in this new show. He said: “When we came up with the idea for ‘Flight’, it had never been done before. But people who see the show forget about the idea of using models and engage with two little boys who are fleeing Afghanistan to get to London. What I’m proud of is that people buy tickets to see an exciting show, but they come out having had an experience that brings them closer to what it might actually be like.”

Shine a light
Coronavirus has affected virtually everyone, and it has become something of a personal choice as to how to deal with restrictions and advice. At the extremes, some people seem to completely ignore even the most basic rules and regulations whilst others have taken them and added their own ideas.

One thing that seems universally acceptable though is to exercise and enjoy many outdoor activities.

One of the main attractions in London over the festive season are the displays in shop windows and the Christmas lights in the streets, parks and elsewhere. This year is no exception and the streets famous for their displays, Oxford Street, Regent Street and Carnaby Street, are all looking very sparkly for Christmas. Once again, the Winter Trail at Kew Gardens is open and this includes a stunning tunnel of bells, laser shows, giant illuminated seed heads and trees wrapped in lights.

There is nothing better than a stroll along the Thames and this year you can stop off at the giant Christmas Tree at Hays Galleria or enjoy the fantastic light display on the South Bank. Wembley Park in North London boasts the capital’s tallest LED tree and back on the other side of the river, but visible from almost anywhere, the Christmas tree-shaped top of the Shard is brightly lit with blue and white lights as a tribute to the hard work of NHS staff. At Greenwich, twinkling lanterns made by local schoolchildren form a memorable display.

Meanwhile, a wander along Piccadilly will find some of the best Christmas windows to gaze at. Fortnum and Mason have used their eight iconic windows to capture key festive moments from their Christmas past. From the astonishing 313 years they could have chosen, it was narrowed down to special years from the 1930s to the present day. They have also transformed the famous facade of the entire building into a giant Advent Calendar with lights, dates and displays on all the windows. A little further down the road in Knightsbridge, Harvey Nicholls and Harrods are decked beautifully with decorations and lights.

In many ways, the displays, lights and atmosphere are somehow more Christmassy than ever this year with perhaps less emphasis on shopping and commercialism. A very heavily disguised blessing, but one for London, nevertheless.

Not going out
London is one of the most vibrant cities in the world and even through the worldwide pandemic, with its consequent restrictions of Lockdowns and Tiers, the capital has shown it will not be beaten. This is a city which has been ravaged by plagues, fire, flood, natural disaster and war before but has always come out fighting. And so it will be this time.

For those unable, or unwilling to venture out, many organisations have dug deep to provide access and entertainment online, on TV and on the radio. Christmas carol concerts are being broadcast from many of London’s cathedrals and churches and the museums are providing a unique chance to glimpse some of their treasures. Take-aways are booming, even from the most unexpected places and there are pantomimes and stage productions online.

Amongst these, the National Gallery has just announced that it is now possible to take a virtual tour of its blockbuster show “Artemisia”. A 30-minute unique opportunity for a curator’s tour of the 17th century Italian painter’s remarkable life story is available but at £80 (€87.36) a time, this is probably one for serious fans only! Curator Letizia Treves said: “This exhibition and Artemesia’s moment in the spotlight has been a long time coming … Although this film cannot replace the experience of seeing the exhibition in person at the National Gallery, it will allow us to share Artemesia’s story and paintings with as many people as possible.”

And finally
London Calling wishes all its readers a safe, happy, fun Christmas and a wish for us all that 2021 will see us bounce back from a tough year into a bright future together.