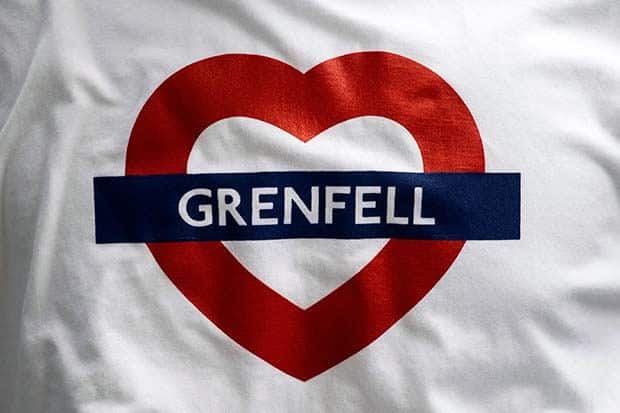 Keep calm and carry on

London is a unique city. Not only in terms of its sheer size, diversity and famous sights, but also for that incredible spirit of resilience and tolerance that resonates amongst Londoners.

It has been a terrible month for the UK capital with two shocking terrorist incidents and the dreadful fire at Grenfell Tower in which around 80 people died. Lesser places would buckle under this sort of onslaught, but not so London.

From the heroism of the firefighters to the generosity of local people offering beds, clothing and money to those who had lost everything; from the brave people who fought the rampaging terrorists in Borough Market to the Moslem Imam who shielded the perpetrator of that particular carnage from the mob; and from the everyday heroes who just got up again, went to work and carried on their normal lives – the world salutes you.

Summertime and the living is easy

Well, it can be that bit easier from now on for people staying at the Marriott Hotel on London’s Southbank at least. The hotel has hired a TV meteorologist to create weather-related itineraries for guests. Kirsty McCabe is working with the concierge team at the five-star hotel to plan for those rainy days.

“I will basically be keeping an eye on the weather for guests and making sure they make the most of their stay,” said Sky News’s McCabe, adding “we are a small island, so the weather is changeable in the UK. We can have four seasons in one day. But we actually have a smaller average rainfall than in Rome and Sydney. There is so much to see and do, it’s my job to make sure visitors make the most of their trip.”

This June has, of course, seen record temperatures and hours of sunshine in the UK capital so keeping cool has been the order of the day. Not so easy when the cost of this service comes in at £300 (€340) – on top of the room charge which starts at £775 (€880) a night!

Hyde Park is a beautiful green space in the West End, famous for hosting music events in the summer and a huge winter funfair around Christmas. Right in the middle of the park there are two beautiful art galleries in Grade II-listed properties housing exciting and contemporary exhibitions – and entry to these is free.

Since 2000, the galleries have commissioned temporary ‘pavilions’ designed by leading architects and this year the result is truly stunning. Francis Kere comes from Burkino Faso in Africa and his African-inspired pavilion won the judges’ favour in this annual competition for architects who have not yet built a permanent structure in the UK.

The huge roof is the most striking feature and looks a little like a traditional African hut, but it is inverted to catch rain and act as a waterfall to irrigate the surrounding Kensington Gardens. The pavilion is open until October 8 and will host a series of weekly picnic talks to give a platform to different campaign groups together with regular screenings and performances.

Kere said: “I am accustomed to being confronted with climate and natural landscape as a harsh reality. For this reason I was interested in how my contribution to this royal park could not only enhance the visitor’s experience of nature but also provoke a new way for people to connect with each other.” If you can, go along for a look and maybe a listen. Again it is all free and truly stunning.

The sound of silence

When your columnist wanders the streets of London, he hums. When you hum, you are in a world of your own, oblivious to how mad passers-by probably think you are, just humming a little tune that matches your stride and your mood. Now, I find though I am in very good company.

Art Garfunkel returns to London next month at the Palladium after a successful, sell-out performance at Hampton Court last year. And he hums. Well, he sings. He said: “I am not the social animal I used to be. I’m quiet these days. I walk a lot. I put my iPod on and walk the streets. I will sing to James Taylor, Steven Bishop and then I might sing me. I wear a goofy hat and will sing louder and louder…”

So watch out for that hat and that distinctive voice when you walk in London; it just might be that guy who was once part of probably the most famous, enduring musical duo of all time.

David Beckham continues to build his post-football business empire. With business partner Daniel Kearns, the former England captain has rented a unit in Covent Garden from which they will be selling their heritage sportswear.

They are planning to open the Floral Street store in September and the theme will be a vintage gym with skylights and a central box in aged metal and hand-blown green glass.

Floral Street, reflecting in its name the history of Covent Garden as London’s original flower market, has several other up-market boutiques, including Paul Smith and Nigel Hall, so Beckham’s store will be in good company.

Bang on time, that’s the promise with the new Crossrail trains and delivery of the new west-to-east service across the capital which is rolling out over the next 18 months. The new futuristic trains glided into Liverpool Street Station this month and the first part of the Elizabeth Line opened.

Operating on a limited basis initially between Liverpool Street and the commuter town of Brentwood in Essex, the swanky new trains were greeted with glee by weary commuters fed up with decades of old rolling stock on this part of the network.

These new trains have huge capacity and can take up to 1,500 passengers at a time. Air conditioning comes as standard and the launch week coincided with record temperatures in the capital.

The entire service will be fully operational by the end of 2018 and cannot come quickly enough for most Londoners.

Photo: A fundraising T-shirt for the Grenfell Tower victims